Season Preview Part I: Max Who?

Share All sharing options for: Season Preview Part I: Max Who?

In the next week leading up to the first match I would like to do a five part season preview, covering all aspects of the team and its potential for the upcoming season. No better place to start then with our new coach, which will be followed by the positions in succession:

There is no better place to start than with the new man in charge Massimiliano Allegri. With a playing career that spanned nearly twenty years mostly out of Serie A, it is pretty amazing to consider what Allegri has accomplished to get to this point. He didn’t exactly take the “fast track” to big Club coaching nor was he groomed for such a job. Instead Allegri put in the hard time, seven seasons worth, to be exact. In 2007-2008 he won the Serie C1 title with Sassuolo earning him a place on Cagliari’s Serie A bench where his team rarely excelled beyond mid-table form but was often viewed as a both a challenging opponent and exciting brand of football to play against. 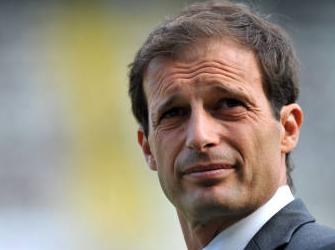 If you are not familiar with Allegri it is safe to say that his team’s like to attack, engaging in offensive slugfests with our team as well as other big boys in Serie A. We have come a long way from the AC Milan defensive juggernaut that I remember as a child, and while I am not asking for an invincible run, I just hope that Allegri can put a premium on the balance required to be successful in the Serie A on both sides of the ball.

Known for his 4-3-1-2 formation and his teams’ abilities to generate attacks from all channels of the field I am eager to see what he can do in charge of AC Milan. He has gotten down to business early in preseason working the players hard in training and raising the levels of fitness of all the players in preparation of the season. He has also been no nonsense with the media, choosing to “shoot them straight” instead of playing games. His early season interviews conveyed confidence in himself and but also a sense of honesty in his expectations. While the players have come out and claimed that Inter are not that far off, Allegri has not been so bullish, and rightfully so. This team has a long way to go to get back to the top, but I have confidence that Allegri can help that project and moving it forward. 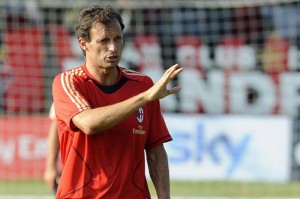 However, his hiring doesn’t come without apprehension. I will admit his coming out of obscurity and lack of real big game experience will be a challenge for everyone involved with AC Milan. He has the unenviable task of uniting veteran players who have seen far more than he ever has as a coach or player with the fresh faced youth players and the growing pains that go along with it. I guess the same way we ask for patience here at times, it is important that Fester and Berlusconi have some patience as well. A commitment to rebuilding needs to happen sooner than later and in doing so an honest assessment of our goals and potential needs to be made. Do I feel like a scudetto is possible? Frankly no, but nothing is impossible, more importantly and honestly I am willing to swallow a challenging season and a poor finish knowing that Allegri is building his own AC MIlan. As counterintuitive as it may sound in this here and now World we live in, building for a stronger future at the expense of today is something I can live with. A new young bright minded coach, the integration of Primavera players, and the purchase of new younger players such as Boateng and Sokratis gives me hope.