As always news continues to be painfully slow and utterly non-existent but I do want to share the summer schedule and in the next few days plan to shed some light on the Youth sector investment and announcement from the Milan brass.

The team will reconvene for training on July 20th at Milanello. A small group of players have actually begun to trickle in with Rino already training as well as Pato arriving this week, good to see this type of commitment to the Club and the summer training regimen from an aging player, but also from Pato who was not in the best of shape or form to end last season due to injuries.

The first summer friendly will be July 31st against Arsenal, followed by a match against Lyon the following day for the Fly Emirates Cup. For those of you who didn’t know we are no longer wearing BWIN on the front of the jerseys instead joining Arsenal in the Emirates sponsorship camp. This is actually a lucrative deal for the Club, rumored at about 60M Euro, and along with the continuing Adidas sponsorship should offer good cash flow for Silvio's hookers and booze. BWIN will supposedly stay on as a Sponsor as well but not on the front of the jersey. 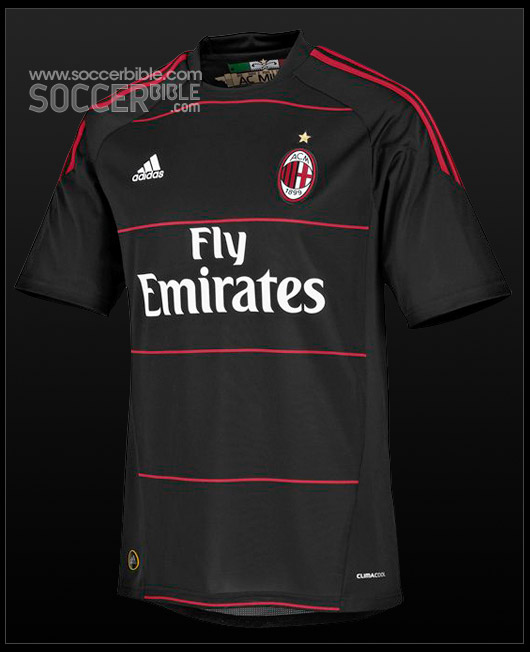 Relax this is only the third jersey, which I think is kind of slick despite the fact that it is rarely ever worn.

August 6th has the team stateside to play Panathinaikos, and returning to Italy a week later on August 13th for Trofeo TIM versus Inter and Juventus. This is actually an entertaining tournament which I had the joy of attending in what seemed like years ago, 2007. If you think it is hard on the players try sitting at the Stadio San Paolo in Napoli for the WHOLE DAY with barely any concession stands or even bathrooms! We don't realize how easy we have it stateside in modern stadiums until you enjoy a match on the boot.

Staying in the boot on August 22 Milan will contest the Trofeo Berlusconi, always an exciting match, against Juventus and this year all the more intersting with both teams going through the growing pains of a new Coach. At least Juventus will be able to parade some new players around! Finally the whirlwind summer tour finish at the Camp Nou to be dismantled by Barcelona on August 25th, hopefully Barca shows mercy and rolls out their Barca B team (youth team) and shreds us so that our managment can see what a good youth policy looks like.

Three countries in 19 days and close to 7,000 air miles to cover, all in the most important month of the training season!! Whatever happened to closing the doors to Milanello, or some secluded location, to train like convicts? I have to say I am not a fan of this money grubbing World tour, especially not in the crunch time of August only a few weeks from the season. If I knew money generated was funding transfers I could at least hang my hat on something, this is not the case. Thankfully all players except KJH bowed out of the WC early, and we can at least assure the Dutchmen will be rested doing his best work as shown here...hopefully he gets to hoist the WC. 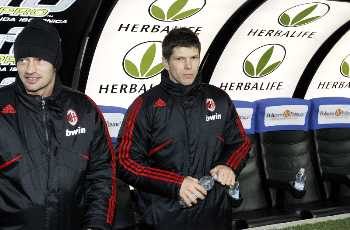 Personally though I will be rooting for Spain, have to appreciate and respect a guy like Puyol, one of the last of the living legends in the Class of modern era guys like Maldini and Giggs.