Considering the recent run of form this win was an absolute must to keep up with Inter and Roma. But how does a team so painfully toothless in the attack for what has seemed like months switch it on to score three goals against a solid and well organized team like Cagliari? It is odd because Milan’s most impressive goal outbursts have been against teams that are often praised for their ability to get forward while staying organized and compact at the back, but the Milan lineup against Cagliari says it all, and goes a long way in explaining why a game so clearly dominated by Milan had to be a 3-2 nail-biter.

Our old friend balance has made an appearance yet again, and my first instinct when I saw lineup with Seedorf in the midfield, Abate at the back, and KJH wide right was matter of factly that we were going to get shredded on the counter. It was clear that going forward early and often with pace was not a problem, Milan had so many chances on goal that even after the solid finishes you can’t help but think Antonini, Borri, KJH, and Dinho all could have scored a few more rather easy goals. But as I have said in the past you can score goals, and that’s great, but there comes a point when a team needs to dig in and settle and not piss away every hard earned lead. 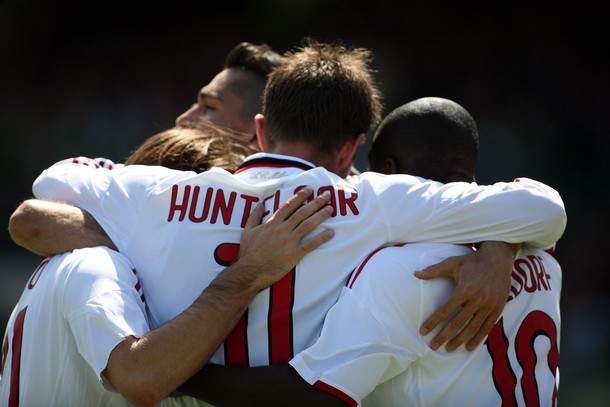 As I re-watched and replayed the game I was torn in deciding to lay blame on Leo for the tactical ineptness to hold a lead, or the players for just missing their responsibilities? Credit has to be given to Cagliari for exploiting the space that was given to them, but it is frustrating to me that our attacking line can’t apply high pressure in the attacking third of the pitch, this time the blame is purely with the players, but it makes for an interesting debate! If scoring and attacking proficiently enough to score three goals requires this type of attack minded lineup, than clearly steps either tactically or in the form of personnel must be addressed to sure up the back?? Can we really bank on Favalli chasing down a player like Cossou like that again!?! While it was quite a play by the 38 year old, I am OK with not having to nerve my way through something like that again. 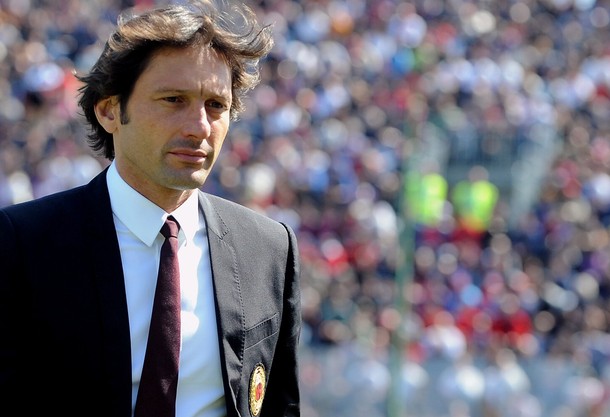 On a positive note it appeared that there was a bit of cohesion today in the attack between Borri and KJH and while neither one appeared to show any work rate on the defensive side of the ball, it is nice to know that there is the potential for a two striker system should Dinho be unavailable or Milan decide to play with a CAM in the hole behind two strikers in the future. Antonini continues to play well getting forward and covered back, and Abate when tested defensively continues to improve, but his positional sense on counters seems to lacking. There were times when I wished he would just “tactically” foul a player at midfield to stop a counter, instead he seemed glued to the pitch! What we did see on this day from Abate was his ability to get deep into the attack and make and amazing run and cross, and while he got help from his primavera squad mate, Astori, but the run and cross was all Abate. Tough day for Astori as a whole, as it was not exactly a defenisive day to proud of for either team.

So on a day where I should shut up and smile with the three points I am sitting here scratching my head. How are our strikers so hot and cold? Why can’t a team full of players “who have seen it all” drop back and hassle a counter? How can Dida be so god awful one minute and save three points the next? Clearly the Rossoneri are completely inconsistent with long stretches of both good and poor play. At this point as the schedule gets tougher I just hope we are on the up swing in form and finish that way.