The eternal optimist would spout off excuses until he was blue in the face. The team is decimated by injuries, lack of first teamers makes formations difficult to establish, the pitch was poor, and the team is getting old, and so on. The eternal pessimist would quickly say we suck, never having a consideration about the scudetto in the first place. The realist on the other hand can simply shake his/her/their head and say, "we are just not good enough from top to bottom."

I didn’t have the “pleasure” of watching the match, I followed along instead on Gamecast, through the blog, and anything else that could update faster and in real time, no thanks to my 9-5 prison, I mean job. So as I pour over comments and read match reviews, this little piece from Calcio Italia sticks out like a sore thumb:

A brawl broke out on 77 minutes with a mass argument on the touchline between the two teams, earning yellow cards for Ronaldinho and Morrone.

Inzaghi's header was straight at Mirante with a ball over the top, but it was Parma who pounced with a last-gasp goal at the Tardini.
Abbiati's awful clearance was put back in, he was at full stretch to parry Morrone's angled drive, but only into the path of Valeri Bojinov from point-blank range.

To make matters worse, Andrea Pirlo was sent off in stoppages for a reaction foul. 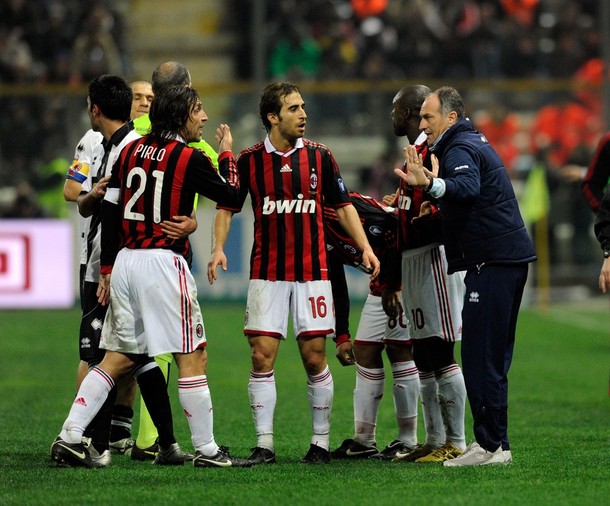 Those few paragraphs alone tell a story of frustration, inconsistency, and the inability to grab a game by the balls when three points are on the table and you need it more than your opponent. It is this mentality, this killer instinct, that this team has lacked since 2007 and it is performances like these, where a team FULL of experience, big game and small, should step up and take what belongs to them, instead we have squandered a chance at the top and now have Roma lodged squarely up our asses in the standings.

Like Dida before him, Abbiati has now committed a "fatal" error, and while it appears the save was a good one, it needs to be when you piss away possession on a place kick! Borriello proved ineffective, and even the inclusion of Clarence couldn’t seem to get him back on track, these gritty must win games are where heroes are made and instead we have no one willing to step up. Thankfully Flamini has come into his own as of late, but he still seems to rush, in a sense mirroring the team at times running around without thinking, reacting instead of “playing in the flow.”

Typically it is these types of problems that one could blame on a Coach, but Leo has done well enough this season with limited resources to gain a bit of a free pass, and to his defense, when his A-team was on the pitch (Dinho, Borri, Pato, Ambro, Pirlo, Flamini, Ants, Silva, Nesta, and Abate) this team was pretty good, but any simple change tactically or through personnel, the team loses the plan faster than 16 year old on a first date, just get some already! Now we are heading on another down curve, with some challenging games (Juve, Fiorentina, and Palermo) ahead, instead of taking points where we could, they have to take the hard road and the players and Coach can share that blame.

Milan welcome Lazio on the weekend, and there is really no game on the fixture list that begs for a response/result more than this one. A loss here can start an ugly side, and three points should keep us in second place. Unfortunately, Lazio may need the points just as bad, so true to form, nothing is ever easy. I may sound like broken record at times, and even I get sick of typing it, but it really doesn’t matter who plays, who starts, who comes on. Whoever is on the field needs to do what is asked, be it to defend, press, or attack not just for the team, the points, or the fans, but themselves…I can’t get over how a team of so called, “Champions” can be so blah and emotionless, when the result and the glory of a title is so close you can taste it. 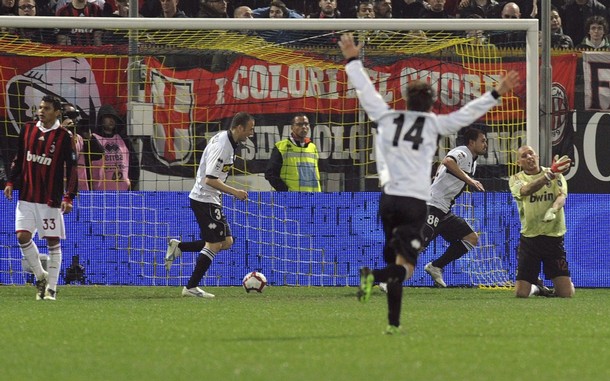