So maybe I was naïve to expect some passion and intensity? I mean three points gets you one off Inter, on a day where no other team could capitalize!?
I just can’t possibly explain or even comprehend how a team can’t get amped up on a day like this, but then again this is Milan we are talking about.

Considering the "injury crisis" the lineup was as expected. Personally, I think Zambro is a mess on the left so I would have played Janks, but at this point it is more or less a pick your poision type scenario with the shameful motley crew Leo has a sub’s bench. Milan started as they always do, with boatloads of possession, and no real solid chances on goal, the difference though was that Chievo was going to buck conventional wisdom and decided to play a little. It wasn’t long before Luciano was tearing up and down the flank; yes I used the verb “tearing” to describe the play of a Brazilian. Amazing isn’t it?! He ran, and ran, and then ran some more! While I watched Chievo’s Brazilian burn lines into the pitch, I was getting customary to see our Brazilian, Ronaldinho, spending time on his ass looking for a call. It has to be said, and it has been while since I criticized him, but when he is spending more time with his arms in the air sitting on his bum, his performance suffers. Let’s just call it an issue of focus and move on. 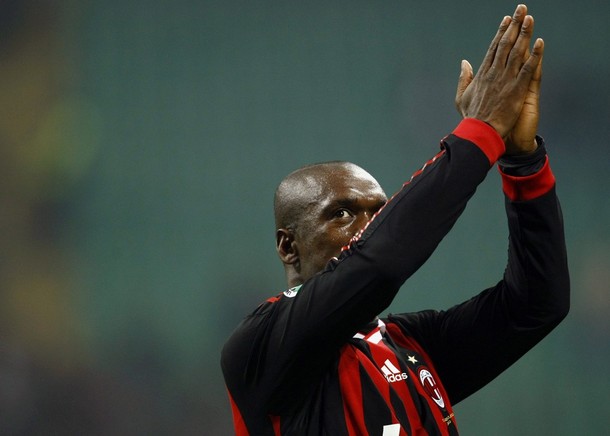 This game was a lot like the last time these two teams met, except this time the last minute heroics were provided by Clarence Seedorf, but the goal could not have been timelier, or prettier for that fact. The out of favor Dutchmen couldn’t have chosen a better time for a stroke of brilliance, and this goal should be remembered, but quickly forgotten is someone scores one to bring this team the title, am I being a bit hasty? Maybe? But you can’t tell me this weekend couldn’t have worked out any better. Poor performances, no goals from strikers, but three points and a one point gap at the top…not bad right?

I even have no issue stating the obvious here, this match should probably have been a draw, the Chievo goal was onside, but who am I to assume that Milan wouldn't respond and score five? As I always say this is part of the game, and I am interested to see how the pro football video replay fans, who support Milan, would explain this one? In the end this certainly won’t go down as the prettiest game of the season, and it may actually prove costly as well. Injuries to Abate and Becks may prove were difficult to swallow casualties that will put a further damper on the already dire depth chart issues. Word on Abate has yet surface before I posted this blog, but he walked off the pitch, it was Becks who could barely walk, and an achilles tendon tear is a terrible result for a man working so hard for a ticket to South Africa. Unfair really, and while many will feast on this, taking their pot shots at Beckham, I have to appluad him. His goal was to go to WC10, and instead the result is out of his hands, despite his best efforts. Unlike some, who let their mouth do the talking, Becks did what he could on the pitch. 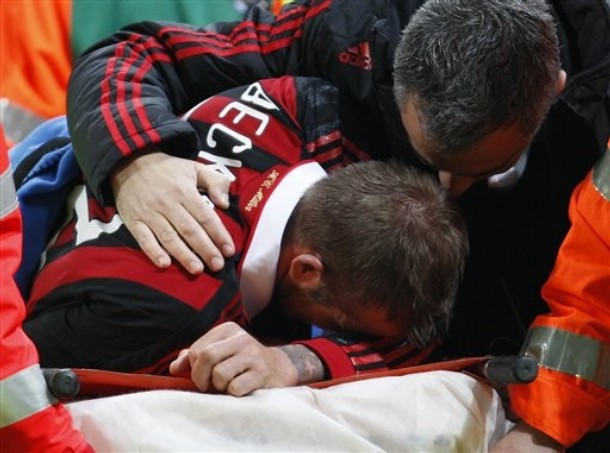 It is also alarming that our striker(s) still have not found the net in three matches, and despite missing some good chances today, OK, some really good chances, Milan still found a way to get the three points. I have to say that I am a little bit nervous as to how on Earth this team will continue to move forward with these injuries, but let’s enjoy the moment for now and worry more about that towards the end of the week. For now we sit one point off...