Let’s be honest here it was over with the first goal, and while Milan did have some look of a football team about them in the first few minutes, it was easy to see that this squad lacked the swagger and intensity needed for this night to be special. The fact that I had to hear Martin Tyler utter the words, "[Insert Milan Player] caught in possession," numerous times was enough for me. On night that begged for perfection they had little, and their faces were enough to tell the whole story. 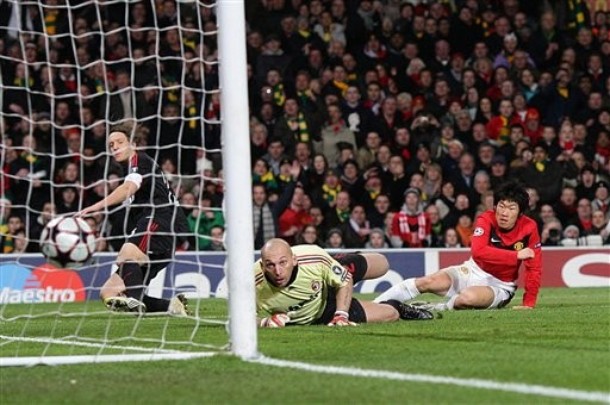 As I mentioned yesterday, in a plea for patience and sanity, laying on blame thick and heavy will not solve anything. While I can accept the argument that being constructive and rational, may not solve anything either, at least it fosters some discussion and shines a light on what went wrong.

I don’t blame Leo, not even a little, and I certainly should continue to give him credit considering where we are and where we started. He has done a lot with very little, and he deserves credit, but he should learn from a night like this one. Absorb it, let it sit, watch the match over and over again no matter how bad it is, because on this night he was completely outclassed. On a night that needed a squad in a comfortable set of tactics and a familiar formation, he employed a 4-3-1-2; the same formation with which the horrible part of the season started, and seems to stifle the ability of our only constant offensive threat Ronaldinho. For those who thought the Roma match was good showing for this formation, I simply can’t agree, we gave away two points and couldn’t score, and that is not a good enough report to bring to Old Trafford.

Leo should have stuck to the 4-3-3, and in hindsight it’s easy to say, and having to start Janks, who wants to be back home more than on the pitch, and Bonera out of position was unfortunate, he could have attempted the following, what was there to lose. Abbiati, Flamini, Bonera, Silva, Janks (why Ants couldn’t play is BEYOND ME, and INFURIATING), Seedorf, Pirlo, Ambro, Dinho, Borri/Hunt (who cares they were both shit, and can’t get out of each other’s way, at least Borri runs though!?), Abate. With this lineup he would have had a good balance of grit, pace, and creativity, and while it was unlikely we would not concede to a red hot Rooney, one would think this lineup could have avoided utter domination, from the mere fact that it was familiar! 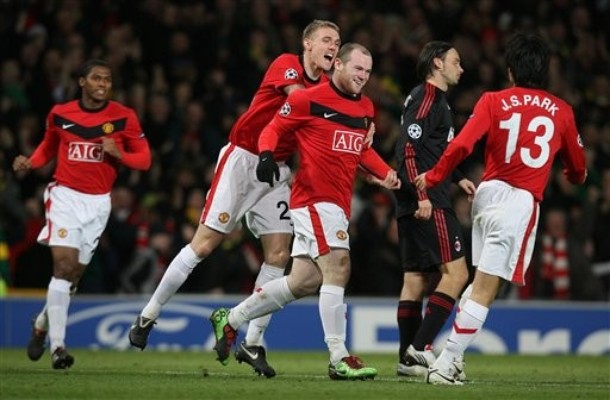 As I watched Man United, I noticed something, this is not a team of supposed “World Class Stars,” instead it is a team with quality and collective composition. You could even argue position by position and claim that Milan even wins a few of those battles, but what Milan lacked on this night, ManU had in droves. Man United found a way to exact revenge for 2007 the exact way Milan laid it onto them, dominate every facet. So in some regard credit has to be given to SAF and Company, it was a master performance.

So while you can rue injuries and inexplicitly bad performances; you can’t forget that Milan had their chance at home to bury this team and make this match an afterthought, but like so many sporting casulaties, if you give a team a shred of hope, a breath of life, you will always pay in the end. I am not going to preview the Chievo match in all to much depth, Leo has work to do, he has to motivate, he has to find eleven players willing to carry the torch and keep a small sliver of hope alive, a hope that has become more personal than collective, and that hope is entirely up to you. A title? A CL spot? A respectable end to a terrible start? It is all up to you…

As I sat around last night, jotting notes, looking for some positives on a piss poor day, I saw a Nike commercial that employed a song from band I had heard a little while back. How Nike employed a song from the band , The Hours, which is about recovering from their addiction to heroin is beyond me, but it lends well to sport and the lyrics ran true; kind of summed up my feelings of this team, this season, and where we can go…enjoy ”Ali in the Jungle”…who knows maybe you will be inspired…I posted the Nike spot as well, in case you were curious…