Yesterday’s game was a surreal experience for me. A comedy of errors and unusual circumstances rendered both my cable and internet useless at home, and to rub salt in the wound I ended up in a marathon meeting at work making it impossible to follow along to any of the football this day. I actually spent the better part of last night trying to get a feed, a file, or anything resembling the game, but thankfully your comments during the match say a lot, and coupled with some match reviews I may be able to get some thoughts down after all. 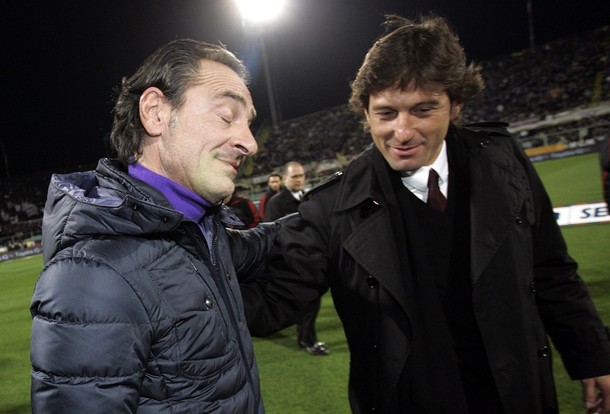 First and foremost, during the course of a season, you come across a game in which your team will earn the result despite the best effort of an opponent. My father says, “The other team plays and you get the win.” (it doesn’t quite translate so well from Italian!) It happened to the Rossoneri against Napoli, and arguably ManYoo, and seemingly we got our “other side” of the coin on this day. Fiorentina were clearly the better team in the first half, pressing to an almost suffocating level. Even the comments couldn’t say enough about the work ethic of the guys up top, one of them being Gila, who made us pay at fourteen minutes. But like most matches in which one team comes out a torrid pace, the match wears on you and eventually you start to falter at the back and give them ball away where it hurts.

Credit has to go to Abbiati who found his way into many of your discussions post match, and as I said a few days ago he needs to be the new fixture in the Milan lineup to get him match time before OT. It also seems that while Pato still left a bit to be desired, he did come through in the end, which is the mark of a striker who is capable, but still needs to mature. Sure he can score, but his play needs to be more threatening during the entire match, his passes more decisive, and his performance more than just a timely goal, which we all appreciate greatly. The same can be said for KJH, who seems to come through in a pinch, but can’t seem to sustain a performance for longer than 30 minutes, with that said maybe he becomes the man off the bench towards the end of the match when the team needs a goal, or to replace Borriello if we are down? He doesn’t seem to bring the balance needed for a total 90, but man he sure knows how to find the back of the net in a pinch. 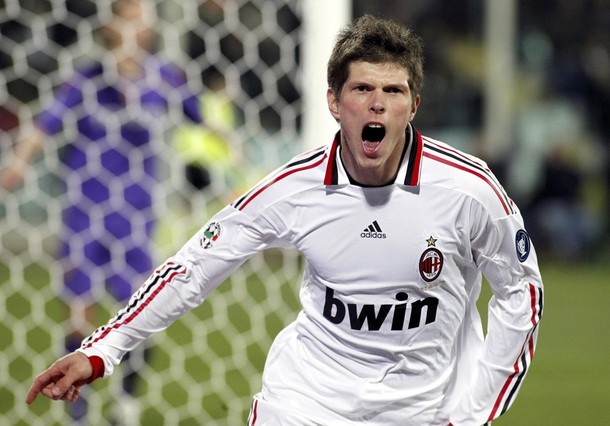 I won’t talk much about the Viola PK shouts or their errors to hand us the game, because again I can’t speak about them first hand. In the end the maybe they deserved more, but these points are paramount to get us above Roma, and take us back within striking distance of Inter. While I am not naïve enough to claim scudetto hopes, this lost season isn’t looking all that bad considering what we have learned about our Coach and Club, positive and negative. The weekend brings Atalanta, and there is no reason why a win can’t be expected here. Ambro needs a rest and if healthy Seedorf should spell Pirlo as well; the same can probably be said for Mancini and Dinho. Flamini continues to show his value and should most likely play Sunday, rest against Roma, and see the pitch at OT. Again these choices are up to Leo, but getting Ambro a break needs to be a priority and getting Janks up to match speed is a must if Ants can’t go in the CL, because Bonera can’t cut it on the left, but he can be moved to starting RB with no argument from me.

Hope you are all enjoying this rollercoaster season as much as I am!