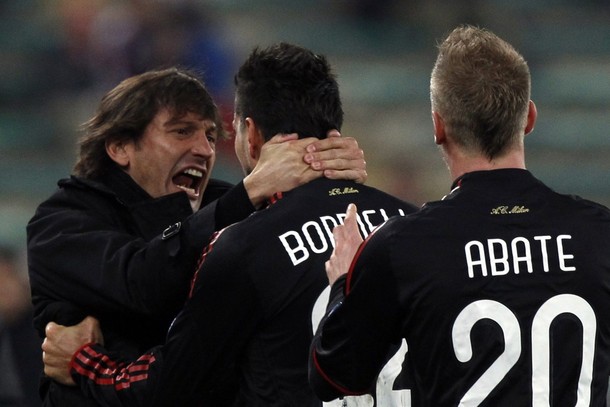 I was actually pleased very early when I saw the high tempo and immense work ethic of everyone, even Pato, and while at one point I asked myself why Pato couldn’t track back like this midweek, it was his grit that restored order in my eyes for the Rossoneri. Possesion for Milan in a match like this is nothing new, but the way they moved, they way they showed and checked to the ball reflected a team that was beaten, but not dead, a team that still has something to prove.

The engine room of this match was clearly the Captain, and my MOTM, Massimo Ambrosini. He and Rino turned back the clock and performed as though the years had not caught up. Tackle after tackle to keep the ball pinned deep in Bari’s half and allow for Pirlo, Ronaldinho, Pato, Borri, and Abate to operate and test the well organized Bari defense. While Borriello netted late in the first half on the only quality chance for both teams, it was the sustained pressure that kept the Milan defense at ease and the pace of Bari under control. In fact had it not been for the 22 year old MONSTER, Bonucci, Milan may have had two goals at half. We can only hope Fester was taking some notes, and considering the mouthwatering combo of Bonucci and Silva as the future of Milan’s defense.

The staunch Italian in me has to give credit to Leo for fielding a Milan winning eleven with eight, YES EIGHT Italians!! He finally dumped Dida to the bench, and was rewarded by sticking with Marco, who immediately showed how important he is to both Pato, Dinho and the front line balance. The only question I have for Leo has to be the risk on Bonera? While I think Bonera is playing VERY WELL, it was a questionable move to play a right dominant player on the left side, a side that Bari exploits nicely with the pace of Alvarez. You almost have to wonder if Silva could operate their with a bit more comfort than the look of utter nausea on the face of Bonera. The addition of Janks showed an instant change, and I hope the Czech can work his way back into the rotation in the absence of Antonini, who should recover for the trip to Old Trafford.

Abbiati showed his value on the free kick, but his command of the box on a Donati through ball and his save on the PK was more than enough convincing for me. Are you sold yet??!? 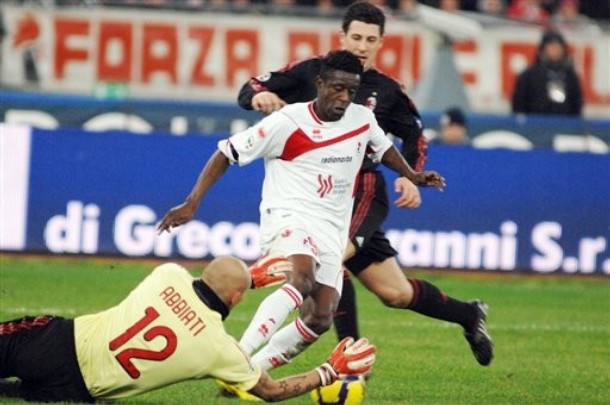 While I understand the recent cries for a “star” in the Milan ranks and on the pitch, it is full team performances such as this one that mean more to me and show what this team is capable of when they are hungry and their backs are against the wall. To travel to the San Nicola and get three points raises the hopes of a nine point week with a trip the Viola on Wednesday. While my optimism continues on this turbulent course, and understand I am by no means close to returning our hat into the scudetto race, the intensity from today has to bring a smile to your face after such a tough few weeks.

Enjoy this win, but don’t let it fool you, the game face has to be back on in just a few days!!!