Milan 3 Udinese 2, It is Never Easy

Share All sharing options for: Milan 3 Udinese 2, It is Never Easy

What a relief! While it was not the easiest three points, by no help of Dida, a win is a win, and it was this type of gritty performance that kicked off Milan’s unbeaten run and great play CL, can we hope for a little déjà vu? So while many of you are waiting for me to eat my words on KJH, even the Dutchman knows why this game was victory for Milan, the smile is back, and Ronaldinho was on the top of his game.

The media had a field day with this one, was it Dunga’s harsh words? Was it the phone call from Old Uncle Silvio, or was it just plain a player ready to silence his critics for the second time this season? Personally I don’t care what his motivation is but in the end, his passing and movement on this day left Udinese with no answers and a hand in each goal, and to be frank he had such a strong hand in each goal that the strikers should owe it all to this man. 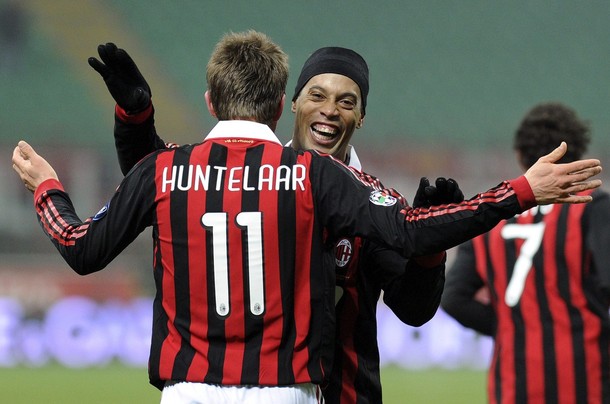 Speaking of strikers it was good to get Pato back, but the Duck looked off, way off. He had one move, and that was to run at players and whenever he tried to release the ball to a teammate it was horribly off. Passes to far, to short, to slow, and to hard, it was like a ten year old who only knows how to dribble forward. I am fairly positive that rust had a lot to do with it, but before his injury many of us were growing frustration with his reading of the game and getting his teammates involved. This can’t be forgotten and the opportunity is now to raise his game to the next level, the whole World knows he is fast, now let’s show them how he can pass too. 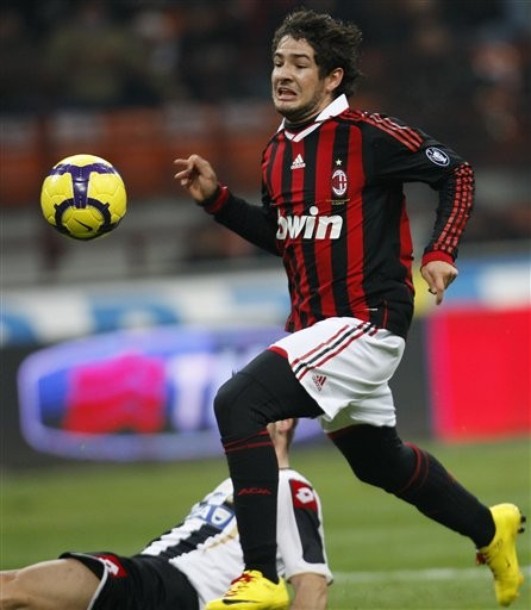 For all of Dinho’s great plays you don’t have to look to far to see where he got the ball from, Pirlo was magnificent as well, and the midfield balance helped the maestro and allowed him to control the ball and find Dinho more often than not. Credit to Ambro and Rino for doing their job, and to Leo for finally seeing that this team MUST move forward without Clarence, he can sub in, by all means, but balance is key and Clarence doesn’t bring it.

Now like all ugly wins, there were some negatives, and it has to start on the bench. I know it was cold outside, but how do you lose two players in the first half to quad/hamstring strains!? While I understand they probably came off for precautionary reasons, this is unacceptable; these are professional athletes with tons of handlers!! Get these guys stretched and warmed up, sans Mancini we can manage but we need Silva back and I hope it was merely a tweak and not a re-occurrence of his last injury. While we are talking about Silva we can shift to the defense. Abate has been given a long leash to try his hand at defending, and it has not been all that bad. He is beginning to read the game and his pace is a huge plus, but he MUST listen to Nesta. At one point Nesta was screaming at him, and he seemed lost, he has a great teacher and it is time he starts to respond. I don’t mind handing him the keys, but it is time he shows some responsibility with them.

Finally, we go turn to Nelson Dida, and the part where I call for his head. Simply put the first goal was on him, and this was the third or fourth mistake of the half to which he was absolved of guilt. In the end Milan were fortunate to not have Dida piss this one away, and leads to the question when will this team learn their lesson?? The Leeds debacle, the Celtic nightmare, last season’s and the season before his complete inability to catch the ball!? How many times do we have to get burned to stop counting on this guy…reminds me of the teenager whose hot girlfriends cheats on him and he always takes her back, in the end he is still all alone and made the fool. Let’s put a stop to it right now and let Abbiati go back to where he belongs especially against Man U.

The best for last, for a few weeks we have been discussing the value of KJH in the comments, the blog is fairly split, and with the split has come some contention, so let’s get a few things straight. In the end he is a Milan player, and for Milan to do well so must he. His two goals on this day were clinical and extremely important, and his two braces this season have led to six points hands down, no denying that. But like many of his most ardent supporters who claim to pass judgment when the season is all over, I will take the easy way out and ask for the same reprieve. I will however leave you with a quote from Moka, KJH’s most ardent supporter; and I share it because I have to say I agree…

Huntelaar is clinical; he will fade away as the match progresses here and there, but when the ball gets to him he will get it. Very Inzaghi-esque. Can definitely improve in terms of work-rate. Borriello is very evidently stronger physically.