The topic of discussion around the blog this week, and historically, has been one of balance. It is tough to deny the importance of balance in both football and in life. A balanced diet, a balanced attack, a balanced work and family life, and a balanced defense, the more I think about balance may be the essence of the soul, but we will leave Socrates, both of them for that matter, out of this and focus on the balance of our AC Milan.

Leo found balance rather successfully, but thanks to injuries that balance is now gone. In the 4-3-3 balance is integral and without the fine blend of grit and finesse in each of the lines, the team suffers; incapable of scoring goals, possessing the ball, and defending with pressure, cover, and balance. Missing Pato is a big reason for this lack of balance and the attacking line lacks the flexibility to shift and check back like it did a few months ago. Becks worked nicely early on, but when opponents started to assess the threat of Dinho vs Becks, marking Dinho out of the match was far more pivotal to their success and with that balance was lost. Leo, for reason unbeknownst to me has turned to Seedorf of late. 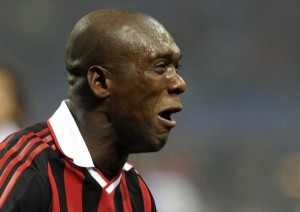 Playing Clarence is the ultimate balance nightmare, yes he brings a value in tempo control and possession, but he forces Ambro to work harder, and Pirlo to play deeper, turning a rather strong midfield delta into a disoreinated amoeba with little direction or tactical awareness. With Pirlo in front of two DM’s the spine is reinforced, and the midfield is controlled, while it is not a surefire midfield victory, it is far better than the product being spewed out in the last few weeks.

The prize for our two weeks of futility, Udinese, a team that beat us in the Coppa, and in the last fixture and it will be up to Leo to reverse the result and get this team back on track. The FIGC has been kind enough to put this fixture on prime time on a Friday, and thanks to Lincolns Birthday, and not barring any major issues with the internet, I will be around to live blog! To this point we have discussed the need to replace Clarence with Flamini, but what else can be done to fix this mess. 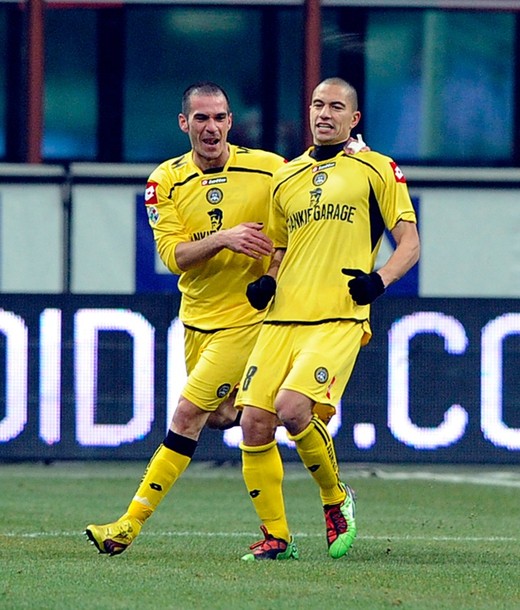 First and foremost, Leo has to pick a keeper, at this point I don’t care who it is, but pick one and stick with him. Keeper continuity is a big deal with defenders and when players are comfortable with each other they tend to excel. While I still have not forgiven Dida for his historical antics and failures, it may be best to play him behind Silva without Nesta, if Nesta is back than all systems go for the full blown return of Abbiati. Speaking of Nesta, the backup has to officially be Bonera at CB, he proved that he has some pace and is not prone to catastrophic Favalli type errors, remember Favalli is the guy that ruined Abbiati’s season! He shouldn’t even see a spot on the bench!! With Kaladze being a nonfactor and Onyewu still hurt, Bonera has to be the man.

Finally we turn to the attack, as I said in the post a few days back, Leo needs to hand the right attacking slot to a youngster. Not really sure who, or even care for that matter, but Aadiyah or Verdi, even Baretta at this point have to be better than what we have going now. Mancini looked lost, Becks looks slow, and Pippo and KJH look less interested to play the right than playing at all, sure we can move Marco wide, but that is not a sure fire solution anyway. Give the job to a kid and let it ride, see what happens, take the chance, for once on Earth this Club may be rewarded. Carletto struck gold with Paloschi in those few games and maybe Leo can do the same. I hate to do this, but imagine for a minute if Milan had bought De Silvestri who is blossoming in Florence? Abate could be a vice Pato, our RB problem would be extinct, Oddo would be gone, and Mancini would still be bitching at Jose for playing time!! Oh how balance would be restored…thanks for nothing Baldy… 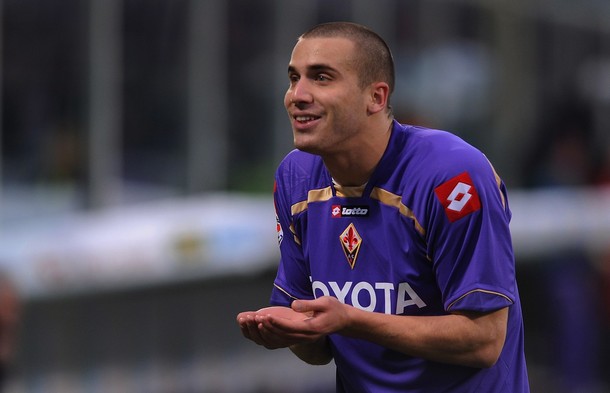 See you Friday for the liveblog, I plan on doing old school right in the post, unless someone can brief on those newfangled flash liveblog tools…am I getting old or what?

PS: pay attention to kwando asamoah if he plays, I think this guy need to be on the radar, and he will be a stud!