To say the first five minutes on the pitch for KJH were amazing, is not enough! The guy was a one man army, full of running and clinically dangerous. However, forty-five minutes is a long time and what surely looked like a chance for KJH to make me eat my words, instead, like the rest of the team, he helped sink an already poor week even further. 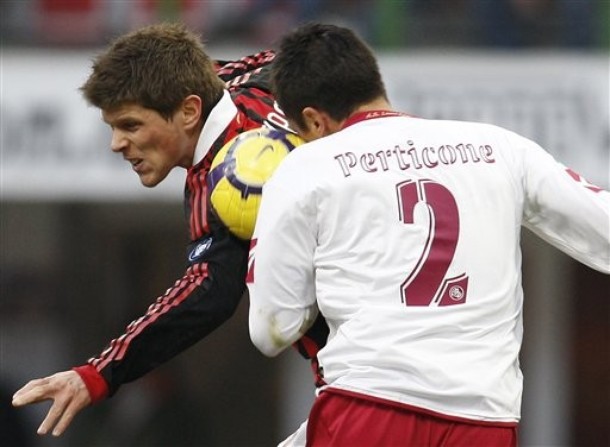 While I don’t want to spend this entire post ripping into KJH, I found myself pondering a myriad of the same questions I asked with Dinho last season. Should the formation be adjusted to accommodate the player or should the player adjust to accommodate the formation? KJH looked more dangerous with Pippo, but even then he seemed sluggish, and we won’t even mention the sitter. So while some of the many KJH tifosi switched over to the Arsenal match, surely for scouting purposes, they conveniently missed the disappearance of “everyone’s favorite Dutchmen.” So back to Dinho, Carletto deemed him not fit for the XMAS tree, and now in this new and more familiar 4-3-3 he looks more like his old self than ever before, so maybe KJH bides his time for a new Coach to accommodate him here at Milan, or he works harder to be an asset for the 4-3-3, either way we need more, but then again I can only speak for myself.

So onto the rest of the squad, specifically Dinho, Ambro, Becks, and Flamini who were bright spots in the match. For the first time since coming back Becks looked game, maybe he is finally adjusting, or maybe playing Livorno helped his cause, but this was best form since return. Ambro and Flamini looked very good in the midfield stifling Livorno attacks and pressing forward when required. Ambro was rewarded with a goal but even one for Flamini would have been deserved. Dinho found his form again from the Derby, but the sluggish nature of the team both on the flank and through the middle, specifically with Antonini and Seedorf, Livorno were able to key in on him and make things very difficult with two and even three markers at times. 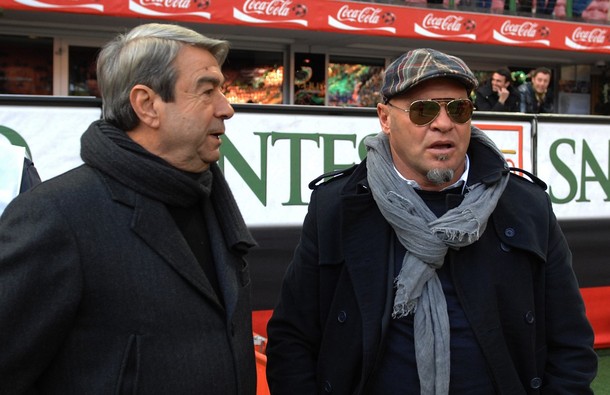 Credit to Serse Cosmi for keeping Livorno very organized despite his crazy week of a refused resignation. There were times early in the second half where every Livorno player was tactically perfect in their role of pressure and cover defending. While Cosmi is really hitting his stride, Leo seems to have fallen off the handle. First question I have to ask is why Favalli over Bonera? The clearance was poor and really Livorno’s only clear chance and they capitalized. A few weeks ago a scrappy game like this was three points for Milan, now they are struggling to earn a point. Seedorf was abysmal and at half could have made way for anyone, why Leo insisted on sticking with him is beyond me. While the two striker move was the right one, the biggest issue for Milan on this day was build up. Once again too many speculative balls forward and not enough patient passing in and around the 18 to setup Ronaldinho, and keeping Livorno’s defense honest and working hard. Instead passes were forced and Livorno was cool and collected at the back.

In the end an error cost the Rossoneri a winnable match, but Livorno hung in there and deserved the point. Hard to not be frustrated at the loss of momentum from the Club, but even more alarming is the true loss of character and identity in something like 7 days. A team very proficient at possessing and attacking now looks a team happier to hit the long ball and fall back than anything else, not good enough, especially consider that Leo and the cast of characters has not really changed at all tolead to such dramatic swings of form. To make matters worse we are now tied with Roma in points, a dubious honor, even though we have a game in hand, and Manchester United throttled Arsenal, a match that I was hoping would demoralize the Red Devils. Can my sporting life possibly get any worse?