Today was the quintessential execution for a title contending team with a heavy week of fixtures ahead. It could not have gone more according to plan, score early, score often, rest the big guns, keep a clean sheet and play walk around football in the second half. At one point in the 42nd minute when Zebina had possession and three Milan players were descending upon him like vultures with a three goal lead, I smiled, not just a smile, but that sly demonic Zlatan grin because at that moment I was impressed with my team, the players and Allegri! These guys really are busting their hump for the cause, and maybe just maybe, it will give us the reward we have wanted for so long from the black and blue hands of Inter. 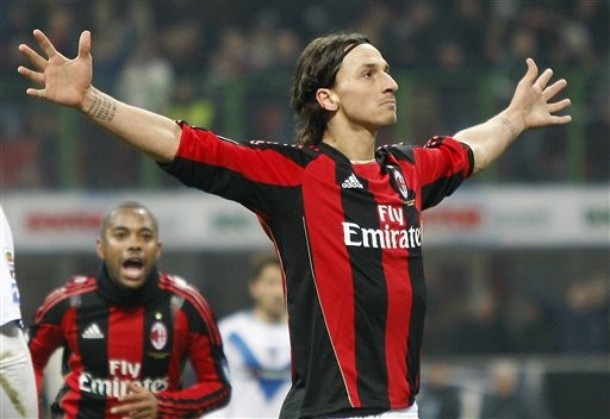 Last week I came out in support of Allegri while others wanted to burn him at the stake, but I am taking a different stance today. Yes I was happy with his subs, when he made them and who he changed, but at some point even the most skeptical person , even myself, can have some faith and put a young midfielder at least on the bench to get a chance in a match like this one. Maybe Allegri felt he wouldn’t get the win here so easily and he wanted all the big guns at his disposal. I can’t blame him for being cautious but eventually caution has to give way to even minor confidence.
As far as the subs, they were all perfect and well timed. Giving Nesta a break was key, and he probably won’t see action against Ajax midweek. The Zlatan move was just was a pivotal as he appeared to be laboring early in the first half and pending a resolution to the strike he may or not see match action this week. The midfield substitution was a toss-up and both players, Rino and Ambro, warranted a breather, but with the possibility for two games back to back Allegri needs to choose two sets of three ball winners to see him through the weekend, both in a CL and Coppa Italia match. I also thought Allegri’s use of slow-down possession tactics in the second half was excellent, but a fourth goal was not outside the realm of possibility, figuring Ronaldinho would his best to make an impression, which was not the case.

Having Pirlo back fit today was a plus, but he did little else to warrant any real sense of hope. It was clear he lacked match fitness and he was often long on the ball or sloppy with possession. I have no doubt he will return to some sort of form, and playing him behind Prince was sort of a master stroke from Allegri because it gave the four midfielders a real chance to interchange and share responsibilities at times looking like a 4-4-2 or even a 4-2-3-1 within the standard 4-3-2-1. This really helped neutralize Brescia’s three man back line and congested midfield by keeping play wide and forcing the three defenders to spread out and not receive cover in wide positions, all very intelligent tactics to really take advantage of a team who unraveled late in the first half.

I feel like a broken record saying this for the third week in a row but Abbiati and Abate have been incredible. Abbiati is now responsible for a momentum swinging save almost every week and his intensity and emotion is fantastic, while still remaining steady as a rock. Abate has been just as good tracking back with pace, making great defensive reads and generally starting to look like a RB. Their good run of form coinciding with Milan’s is no surprise. Another clean sheet, no losses since Halloween and alone atop Serie A are all things I would never expected to say about this AC Milan, let alone a team that looks to be a real contender.

Credit also has to be given to Robinho and Prince who when given their chances have worked as hard as anyone to make good on them and prove their worth to the Coach. If their finishing was better today’s game would have probably been 5 or 6 goals to the good, but Prince’s willingness to do the dirty work while still attempting to a be a play maker with good vision and cheeky flicks shows his versatility and his willingness to do whatever is asked of him. 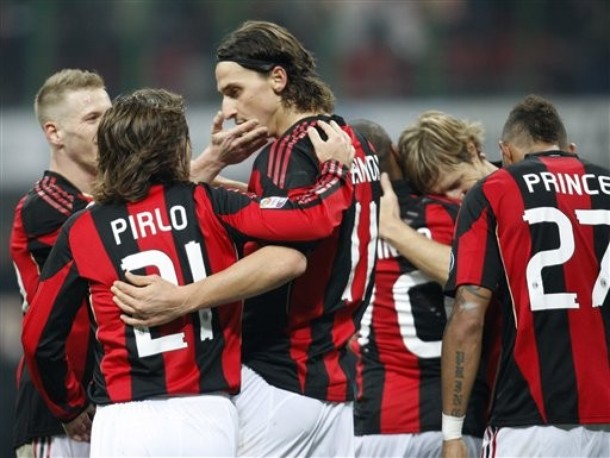 So at the end of the day, Brescia were not stellar, but Milan did exactly what they needed to, dominate the match, and leave absolutely nothing to chance, a job well done.