Share All sharing options for: Mid Season Report Part I

Allegri and the Keepers 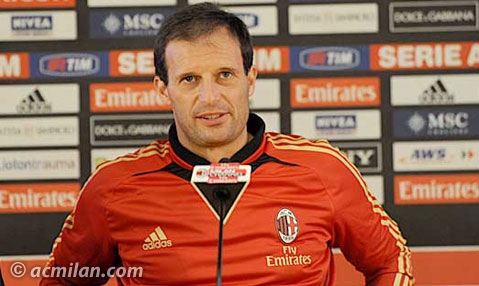 The single most important thing Allegri has done for this team is simply making his own choices. No phone in lineups from Silvio, no media pressure, and no wavering. The problem is his lineup choices are so definitive to Allegri that even he doesn’t change them! Now that is OK if things are going well, but often his well balanced midfield line and CAM could be changed based on the course of the match and he doesn’t pull the trigger. Obviously something he can work on in the new year, and one would think that the addition of a player like Cassano and hopefully an extra body in the midfield will give him a bit more flexibility in those choices.

I also want to give Allegri credit because he has proven that a team can be exciting while not necessarily getting waxed on the defensive side of the ball. Milan are playing a good mix of stylish and substance football, and have scored some pretty good goals along the way. They have also had some gritty wins in the process and there is no better example than the one-zero win against Inter with ten men, from that day the AC Milan you see today was forged. With that performance we also saw Allegri begin to instill faith and confidence in players like Abate, Flamini, KPB, and Robinho who have all rewarded him with maximum effort and strong performances.

In the end Allegri has proven he can make the right choices tactically, albeit sticking with them a bit to long. But also that he can be respected, he can motivate, and he can make AC Milan a contender. Part of me wants to say thanks, and it is OK how it shakes out in the end, but the competitive side of me says no way, you started this and now end it just as strong. Allegri can do it and this team can do it! 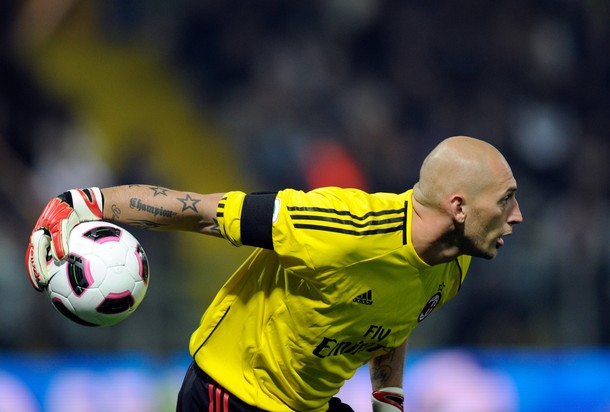 Allegri has to also be given some credit for the resurgence of Cristian Abbiati. Many Milan tifosi spent most of the summer drooling over the signing of Marco Amelia and expecting the wildly inconsistent journeyman GK to take hold of the reins of AC Milan. This was not the case, and even if the first 6-8 weeks while fans were still pining for Amelia, Abbiati simply made game saving stop after game saving stop hopefully silencing his critics and catching the eye of Cesare Prandelli in the absence of Buffon. It is unlikely that Abbiati will get that call, but no worries; it was not long ago that Milan had a GK by the name of Rossi who never got the call he may have deserved but kept Milan in match after match when called upon. I am sure Abbiati will gladly trade in a National team cap for a Scudetto anyway!