Time to Talk about Cassano

Share All sharing options for: Time to Talk about Cassano

There has been lots of noise the past week following the Courts’ ruling on Antonio Cassano, now it appears he will arrive at AC Milan as the first XMAS present of the transfer window. The deal is not without some details to be ironed out, specifically with wages and a strange 5M sale fee owed to Real Madrid, but it appears Uncle Fester has been working diligently and that Cassano will be signed until 2014 and the Real Madrid fee will simply be taken out of the piles of money the still owe us on Kaka.

So with that said, it’s time to really consider what Milan is getting and if it is conducive to our title run. I will do a more focused tactics piece to discuss Cassano’s value to Milan on the pitch, but I want to first address some of the concerns he brings off the pitch. It is no secret he can be volatile, but with volatility comes certain passion for the game that you can’t really teach or foster, you are just born with it and Cassano has it in spades. When it is channeled and focused that volatility can be the catalyst for some of the best football we have seen since Baggio, but when it is not we have a guy who can pout and grumble like no other. So which Cassano are we going to get?

Save the most recent bust up, his run at Sampdoria was actually calm, cool and collected. He helped Sampdoria climb the table, and make a run at CL football very admirably. He also worked his way back into the National team and seemed to grow up more in two years than he had in the last ten. So as he gets closer to Milan, you have to believe his maturation will continue. He will be on a team with old guard Italians in Ambro, Rino, Nesta, and Pirlo, and he will be on a team he will be competing for a title and even a CL run, two things that Cassano has not really had the pleasure of really being involved throughout his career. He will also have the benefit of a player like Rino, who has had a very close and friendly relationship keeping him in line. 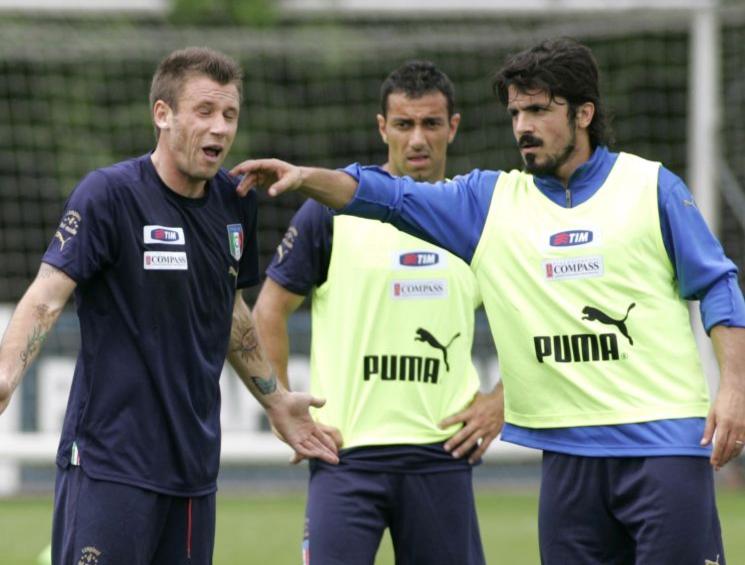 Above all though he will have the added motivation of winning, and when Cassano has had that drive to win he has been spectacular. His performances will surely be in the focus of Prandelli, and if he can earn Allegri’s trust and work his way into a place behind the strikers or rotate in as a striker he will surely be instrumental if Milan can win the title at the end of the season. It is a perfect opportunity for Antonio Cassano to finally grow into the player everyone knows he can become, and what better Club than AC Milan. Joining the company of great AC Milan legends should be reason enough to give it his all, and at 28 years old he has the chance to truly make his mark.