It is my favorite my time of year, and no it is not Christmas, it is a Roma match! Historically this has always been a preview that lets me take cheap shots at the easily wound up Roman legions and remind them of their place in the hierarchy of Serie A, but instead I figured this time around I am older, calmer, and more mature, so I will take the high road.

Why such a change you ask? Well because our team is in first place, and the rebirth of AC Milan under Allegri has been nothing short of amazing. The benching of Ronaldinho, playing for the result with balance and smart tactics, are all things I have been preaching since Carletto left us and now I feel as though for the first time in a long time this team is taking steps in the right direction. I still can’t sit here and guarantee a Scudetto, the race is long, and in the end anything could happen, but if we keep taking care of business week in and week out and let the play on the pitch do the talking then there is no reason we can’t be the last team standing at the end of the season.

I also never underestimate Roma, and while they are wildly inconsistent, reasonably average, and generally unlikeable they have an X-factor that makes them dangerous. Like any average team, they can come out swinging and beat just about anyone on their day, so the key is don’t let them have their day. In Ranieri they have a wily tactician who on his best days is cerebral and on his worse days leaves you wondering what on Earth he is thinking. Guessing his lineups is sometimes a game of chance, and regardless of who he puts in the team sheet Allegri and Milan will have to continue to build off the momentum from the unbeaten run in Serie A. 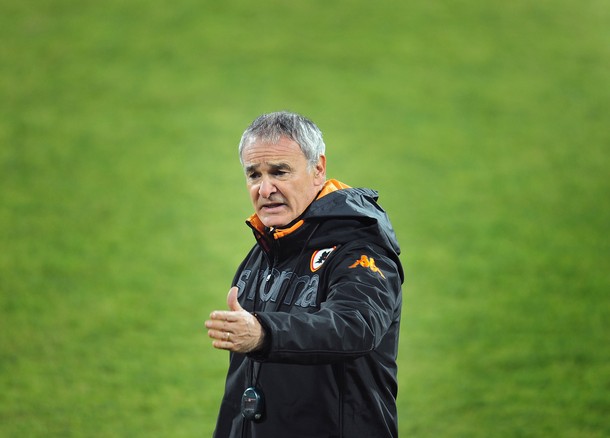 One name that will surely be on the team sheet is Marco Borriello. No secrets here, I love this guy, but I would probably trade him for Zlatan three more times, though I would like him back on the bench in place of Dinho and maybe Roma can get a second Bidone D’Oro, congrats on that by the way, and take Dinho off our hands to sit with Adriano!? Wishful thinking I know. Either way Borriello’s ship has sailed, and while I wish him the best, I would rather he not play on the weekend. He will come out with a head of steam and like his new team he could easily bury two goals and kill his old Club, or he can miss a few sitters and reinforce what many of you believed all along. However you look at it, Nesta will have his work cut out for him because Marco Borriello will be motivated, and if he does score, and he actually celebrate he will be dead to me. 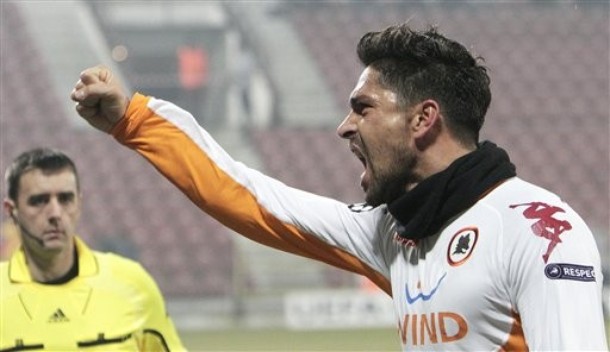 Enough about Roma because the most important issue here is AC Milan. I have always been a firm believer that if Milan plays their game nothing can stop them, and that is the goal for Allegri and company. This won’t be so easy with three prominent names unavailable in Flamini, Rino, and Zambro. Zambro can easily be replaced, but losing two of the gritty midfielders’ means balance can become an issue. Allegri has one of two options he can drop KPB back into the 3 man line and lose the success he has had working behind the strikers, and turn to Clarence in the CAM role and ask the team to play a more controlled possession game and keep the ball away from Roma. Or he can give Strasser Rino’s place and continue with KPB and Pirlo, neither situation is ideal, but a choice needs to be made.

My gut feeling says go with Seedorf, simply because possession forces Roma to chase and chasing means they will get frustrated, and when they are frustrated they and not focused making them easy to beat as clinically proven by Palermo only a few weeks back. The other part of me wants KPB to run riot on DDR and force the DM to chase all over the pitch, leaving space for Pirlo to join the attack and time to work in the midfield. If Seedorf does play the mids will have to stay pin backed to guard against counters forcing the fullbacks to join the attack, this may work because Antonini is better going forward than staying home, but as you see both choices come with positives and negatives. I don’t envy Allegri in this circumstance, but I am strangely calm that he will make the right choice and tactically drill the team to make this work.

Defensively having Bonera alongside Nesta is a little bothersome with the pace of a guy like Menez, and to put it rather bluntly, we don’t have anyone outside of Abate who can keep up with the Frenchman. He likes to roam so pressure and cover is imperative to keep him under wraps, and keeping him out of the box means his penchant for going to ground won’t be a problem. Keeping him from running with the ball and keeping Borriello in wide areas are key to a Milan victory and there is no doubt Allegri recognizes this, so let’s hope the team can execute and get it right.

I am not going to predict the lineup because frankly at this point I am torn, and I never predict the score so that is not going to change today. But I will end simply with this, Milan has come a very long way from early in the season both offensively and defensively and for the first time in a few seasons I can look at this team and say if they play the way have been there is little not believe they can be successful in this match or any other, this is not the Milan that struggled against Juventus, this is not the Milan that was shredded by Cesena, this is a new Milan; a Milan that shouldn’t be underestimated or taken lightly and one that has me hopelessly optimistic for the first time in a long time. That doesn’t mean we are invincible or that we can’t be beat, but it means we are not going down without a fight.