Tactics Tuesday: Pirlo and The Prince

Share All sharing options for: Tactics Tuesday: Pirlo and The Prince

I have to admit that when Pirlo regained form I was a bit tentative to see what Allegri did with him. I wasn’t keen on the idea of the playing him back in his usual roll and behind Seedorf. The steely balance achieved by three hound dog ball winning midfielders, a key to Milan’s success, would be negatively affected and Milan would fall out of form. Midweek we got to see firsthand exactly how the Pirlo/Seedorf combo in the center of the pitch would work, and looking at the poor result doesn’t even say how bad it actually was. 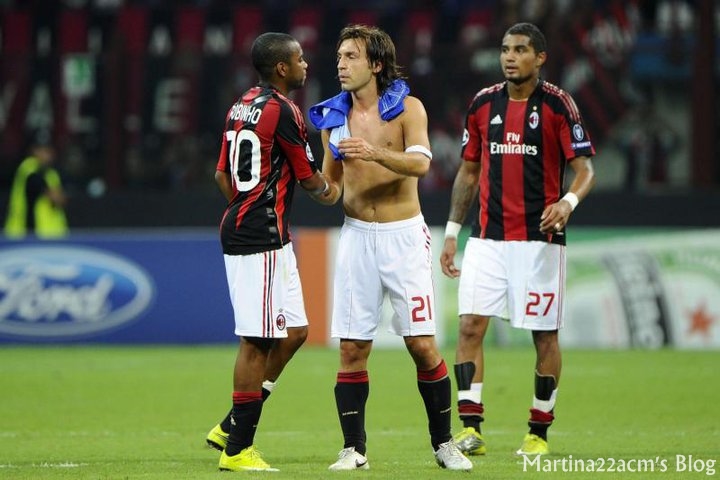 What Allegri has done instead is to employ Prince and Pirlo in the center of the park, in a very fluid and dynamic midfield that morphs so effortlessly play after play sometimes a 4-3-1-2, 4-4-2, or 4-1-2-1-2. It is amazing to watch, and hellish on defenders trying to defend their marks. They key to this has been the understanding between the four midfield players to recover narrow and centrally depending on who is joining the attack. If Pirlo steps forward, Prince has dropped back, if both Prince and Pirlo can join the attack the Ambro and Rino have fallen back and central at times even joined by Robinho to present volume in the midfield and maintain pressure in the opponents attacking third. This has worked with amazing success in the past two Serie A matches with Milan winning possession on the edge of the attacking third and creating scoring chances in what would have historically been a dangerous counter for the opponent.

Credit for this has to be given to Allegri, but also the players’ willingness to do what is asked of them and to take on their roles effectively and consistently. There is no one doing this better than Ambrosini, and since his return from injury and inclusion in the midfield Milan has been dominant. His ability to collect the ball often time behind Pirlo and in front of the defense and still manage to keep things simple and play us out of the back has been excellent. It also frees up space for Pirlo while defenders try and stop the ball and worked wonders on the pass to Zlatan for the third goal against Bologna.
The injury to Flamini does create a bit of an issue with depth, but hopefully he returns quickly and that Stasser can find some form and be a factor in the mean time. One negative to this formation has been that the team has been playing narrowly in the midfield and at times forcing Robinho and Zlatan to get into wide positions, not exactly where you want strikers on the pitch, this could be resolved with marauding fullbacks, but the team’s defend first mentality has yet to find a compromise in getting Abate or Zambro/Ants forward with regularity to turn Milan into an attacking force. At this point it would be tough to demand those forward runs with the team earning results and playing well. 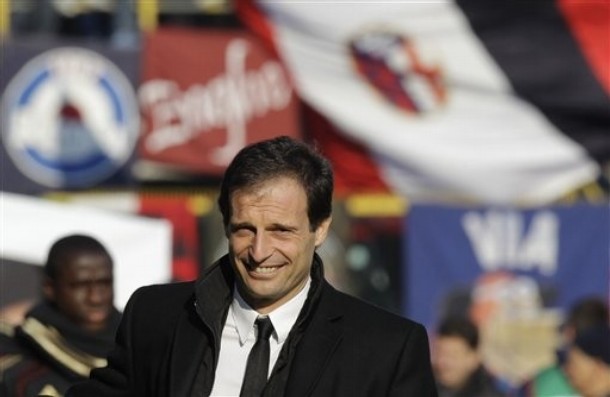 A masterstroke by Allegri that has given Milan’s tactics a strong bit of dynamic positioning and movement that will force even good teams to take notice, no longer will teams be able to defend deep and bite back on the counter, instead they will have to put numbers in the midfield and open the game in our favor. If you recall the two matches against Madrid and the loss to Juventus, Allegri had yet to find this winning formula, but now I can’t help but feel this team could compete admirably, I guess the CL will go a long way in proving or disapproving that opinion.