The things we do for our AC Milan!? Some of us had to wake up very early (looking at you MrsS!) on a Sunday morning to watch this match live, and while I am sure some of you chose the comfort and warmth of your nice warm beds after a night of fun and drinking, what kind of fans would we be without some Sacrifice:

the surrender or destruction of something prized or desirable (ie SLEEP) for the sake of something considered as having a higher or more pressing claim (ie A MILAN VICTORY!).

For the few who stayed up all night for this match, I say simply, my next beer goes out to you, and enjoy the fleeting days of your youth! 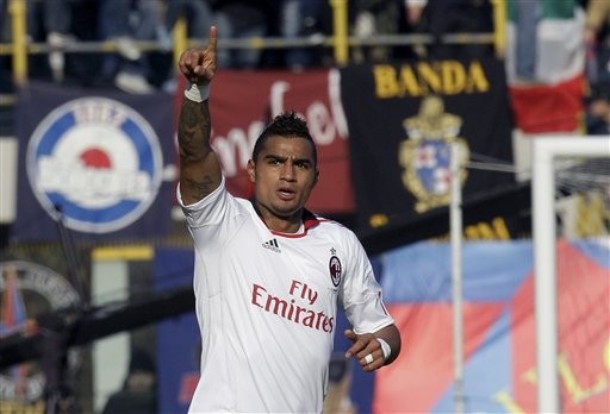 So onto the match, and credit to Bologna at the outset who to date have the best home record in the Serie A and conceded the fewest goals at home. The Prince(s), both literally and figuratively, versus the Pauper(s), who despite being dangerously close to administration and losing their Serie A registration have played admirably of late and was not match taken lightly by Max Allegri. His choice to deploy the same formation as the match against Brescia, save TSilva, was a great choice because not only was the result the same, but the goal scorers were as well, in succession even.

The Prince goal was actually rather odd, if he had missed many would have been quick to wonder why he didn’t use his head, but after such a great cross from Zlatan, his second in two games was a foregone conclusion. Robinho’s goal was just as pretty and the quick feet and precise off the ball run put him a great spot to slot it past the keeper. His confidence is brimming at the moment, and while a few weeks ago he would have maybe kicked straight at the keeper, today was clinical. While both goals were very nice it was the third that was vintage AC Milan, Pirlo raking over the top ball to Zlatan who took a touch and finished so calmly, the defenders and Viviano didn’t stand a chance. Three goals, dominant in possession, smart on the ball and solid in defense for the second week in a row. Despite a midweek loss that had many up in arms the Red and Black Machine keeps pressing forward. 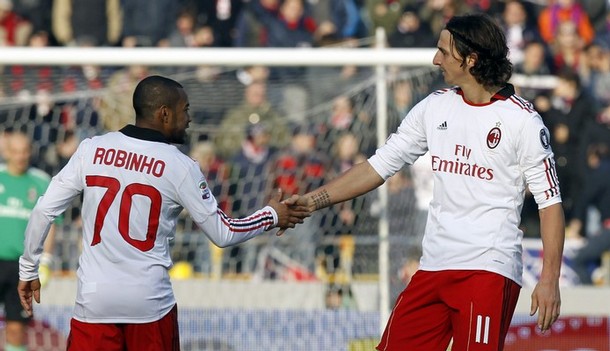 There was however a few moments of panic, Abbiati was called on once again to make a fine save early on while the game was still nil-nil. He came through yet again, but also saved DiVaio’s late PK which would have done little to impact the match but the fact that Abbiati made the save should put him square in the eyes of Prandelli as the best GK in Serie A and Italy in the absence of Gigi Buffon. Midweek Amelia was solid, and said he was a bit upset about playing time, but the way Abbiati is playing Amelia may as well snuggle up next to Ronaldinho because I don’t see a reason for either of them to come off the bench anytime soon. 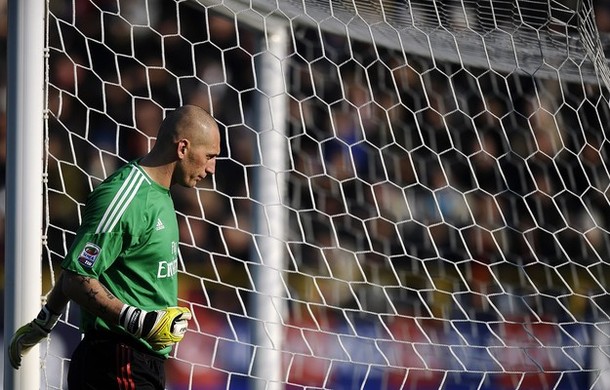 It was also good to see Milan keep a clean sheet with Bonera on the pitch. Bonera holds the dubios honor of being on the pitch for all the matches in which Milan has dropped points, but today he was effective and move forward when needed. He played simple enough to not expose the squad in the back and while never truly challenged held up admirably. His choice was probably based purely on speed as a combo of Nesta and Yepes is strong but sluggish. With news that Astori may be on his way to Napoli I hope Milan can resolve something to assure CB coverage for any other potential injuries. Also on the defensive side of the ball Abate continues to make his choice a foregone conclusion, and with Zambro off injured with a bicep problem, Antonini should hopefully build on his performance today and improve as he will be needed in the coming weeks.

The story of the day, and I am sure the focal point for many, was the inclusion and rather lengthy performance of Rodney Strasser. Unlike throwing a player to the wolves in a CL match, today was the perfect opportunity to be cautious with Rino’s injury and play Strasser in a match where he could get his feet under him, get some touches, and find the speed of the match. Frankly, he did nothing all that entirely well, and but in the same sense he did nothing all that poory. It was a good smart performance in which he played simple two touch passes in the midfield, marked his runners well in the midfield, and didn’t force himself into poor situations. If anything he has surely earned himself another inclusion in the coming weeks and hopefully his confidence continues to improve.

It does need to said that the following the second goal, like most teams, Bologna was demoralized and defeated. But they did start admirably but could not sustain that level as Milan continued to improve following each goal. But Milan like a boa constrictor continued to suffocate the opponent, maintain pressure and put the match out of reach. All very good traits needed to make a title run, and burying bottom table teams is an absolute must. What seems like eons ago Milan failed to finish off Chievo, it would appear that team is gone and long forgetten, replaced by a team firing on all cylinders and playing with confidence and passion that I personally haven’t seen since 2007. Credit to Allegri and the squad, and onto Roma!