Depending on how you focus in on this match you can take a great many positives, or a few puzzling negatives, but for the first time all season you can start to see a real progression from the Coach to the formation and to the players. Regardless of the sloppiness of the result, this is a positive step forward with two rather large matches looming, a visit from a troublesome Palermo side, and a little old derby in the best footballing city in the World.

Back to Bari, where Allegri was finally able to deploy his preferred method of the 4-3-1-2, with 3 narrow bruising midfielders and a CAM, granted in shape of Clarence Seedorf. By giving Pirlo a rest he was able to see the formation as he used it in Cagliari, and for long stretches of the match it worked very well with the 3 man midfield yielding 2 out of the 3 goals, something that happened so little last season, I forgot midfielders could score! Having a real CAM, Seedorf or not, made a World of difference in link play and opening attacking channels not only for strikers but for the midfielders as well, today, and more importantly for the first time in a long time Milan looked like a team! 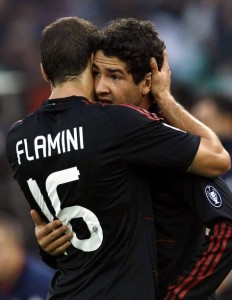 Ambrosini, Flamini, and Abate all looked good on this day, but the real MOTM for me at least, has to be Allegri, who by using this formation and personnel can start the slow progression to the Derby. I don’t want to be the one to write the eulogy, but the 4-3-3 must be dead. It was a slow and torturous death, especially for the fans, but I think if that formation and the player(s) suited for it ever rear their ugly heads again, Allegri should be put to the sword! The balance today was as perfect as it is has ever been, and a little more tinkering personnel wise may get this formation going quite nicely.

It is also nice to see Pato come in and make an immediate impact, the difference in his ability when he is used more centrally as a striker is clearly evident, but his decision making can still use work. I don’t mind his selfishness on the goal one bit, it was a beauty, but there were still times when a easy ball across could have given Milan a better chance at goal. Speaking of chances at goal, the photo’s down below say a lot. On far too many occasions during this match our strikers had those looks. Not good, teams better than Bari will punish you for not finishing and going 1 v 1 on the keeper, or springing the offside trap in a great position needs to result in a goal. These players were brought in to be “clinical” and they have been far from it. 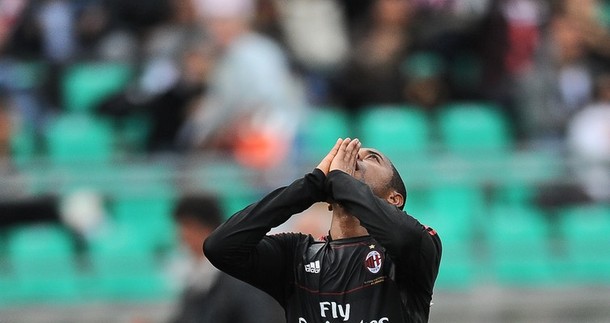 There is also still a little issue of not keeping a clean sheet, which really came down to two defense errors on both goals. Bari had precious few chances in the match, but when you score on two of them and let a team back into it, it is never a good sign. Yepes was a bitter stronger and more fundamentally sound than my friend the philosopher, but his lack of pace is almost embarrassing. Can you imagine if an injury crisis left us with Gooch and Yepes at the back, even Ronaldinho could run by them! Injury or rest to Nesta or Silva will continue to be an adventure and a viable third CB needs to be added to the ever lengthening list of needs. I am officially counting down the days to the return of Davide Astori to the Red and Black, it would be nice if he brought Lazzari with him! It would also help if the team could knock the ball around a bit when they have lead and possess the game to death. The problem is Bari was pushed so far forward Milan’s possession led to chance after chance on goal giving Bari a chance to get back down the pitch. Patience will come, but in this match, and recently against Chievo, some methodical Milan passing at the edge of the attacking third would have gone a long way. 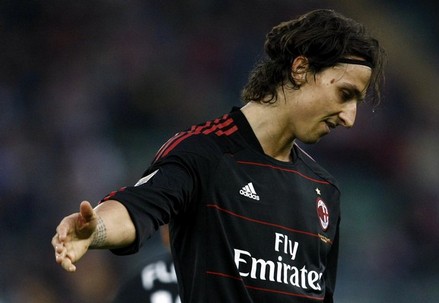 With Palermo en route midweek, Allegri should consider Pirlo in the CAM role, just to give it a try. He got a glimpse of it today, and while I think his long passes will be less useful, he can dicate tempo and send Pato and Robinho in on goal. Zlatan should be rested and could probably use it physically and mentally, he will need to be super focused for the Derby, so a day off will do him well. As for the three midfielders, it should simply be a choice of who will NOT play against Inter to keep those guys fresh, and above all else Nesta must get a game off! If Allegri can get through this midweek match with three points, the game against Inter will be the true title contender test. A win there and we can talk about bowing out of the CL and focusing on our first Scudetto in six long seasons! A bit optimistic? Yes, but hey, if you consider the match against Juventus was a solid display sans finishing, a good match against a Real Madrid with a late breakdown, and few finishes against Bari and it’s a blow out, this team is nearing a peak! Or at least I can hope…

On a side note, for those who have sent well wishes and inquires, all much appreciated! My EO Smith Panthers, number five team in the country, and number one team in the State of CT, will start their quest for the CT Cup this afternoon. Time to put all that running, hard work, and training to the metal and GET THIS JOB DONE!