Share All sharing options for: Samp 1 Milan 1: A Stubborn Draw

This was one of those inexplicable matches you look back on as a Coach and scratch your head. The team dominated possession, shots on goal, and generally dictated play but you go home with one point. On this day; however, Allegri need not look any further than himself. His choice to send out an already fatigued lineup and wait for the length of the match to freshen up the team cost us two points valuable points in a fortress where few teams go and achieve victory.

Ambro, Seedorf, and Rino all looked worse for wear as the match progressed and while Allegri could have gone to a 4-4-2 with a one goal lead to close up shop and give Ronaldinho a chance with Robinho later on while still maintaining balance. I am not going to sit here and say making substitutions would have prevented Pazzini’s excellent goal, it is unlikely, but making those changes would have at least given the team fresh legs to maintain some temp in the match instead of the lethargic half hour of the second half. 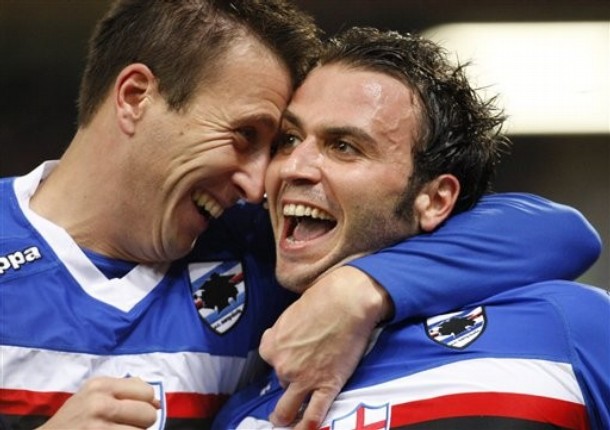 Despite the disappointment of the draw and the poor substitutions there were some bright spots in the match. Robinho continues to do the hard work and hard running to put himself into positions to score. His finishing is not as clinical as Zlatan, but on a day where Samp limited Zlatan’s chances in the 18 yard box, Robinho was able to capitalize. This team is finally finding the legs to shoot from distance when not presented with a better option. I am actually all for shooting, good things happen when you put the ball on net, and eventually some of those shots will find the back of net.
I want to put together a tactics piece for Tuesday so I won’t say much else about the match, but I do want to mention a handful of points from the match:

-Robinho’s goal was started on a pass from Abate, and at this point he has to be a fixture at RB as he is slowly becoming one of our better players on the pitch each and every match.

-Bonera is useless at LB, and I am not sure exactly what is wrong with Antonini, but he has to be a better option at this point. Bonera kept Pazzo onside for the goal, and his inability to use his left foot for anything made him a liability going forward.

-Can the Abbiati cynics please step forward and state your case? The guy has made a game changing saving in each of the last 5 or so matches, he needs to play for Italy and some fans don’t even want him playing for Milan!? 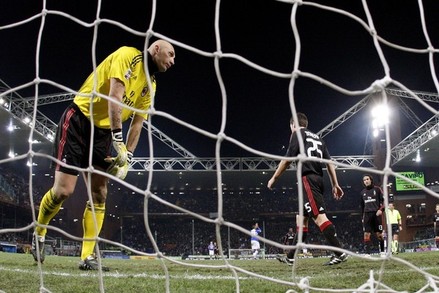 -It is evident that Allegri does not view Ronaldinho as a player capable of exerting himself on both sides of the ball in a match that is close and requiring hard work. My initial thought was bring him on in the 75th alongside Binho in a 4-4-2, but then I realized that 25 minutes would be a liability as Allegri made very clear. With this said it is time he is sold in January, at least we can get a viable substitution in his place in January. 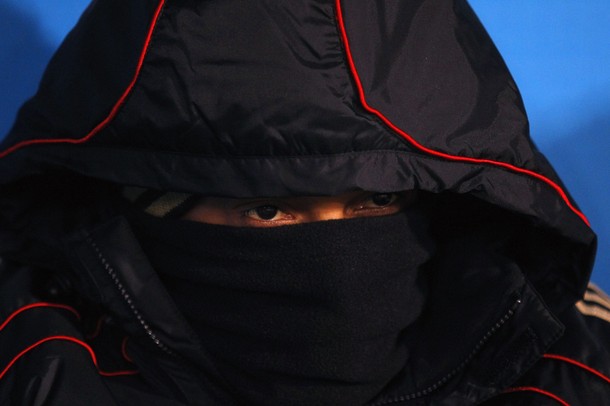 -Nesta was poor on this day, mostly due to fatigue, but Allegri needs to be better at understanding and reading this so he is not a liability going forward.

-Missed chances will kill any team and the Seedorf miss late on a great through ball by Ambro is still ingrained in my mind. Credit to Milan for being patient and still attacking, but fresh legs in that attack, even just Flamini, would have made a big difference.