Auxerre 0 Milan 2: Ticket to the Knockout Round

Share All sharing options for: Auxerre 0 Milan 2: Ticket to the Knockout Round

Well can you believe it? Three straight clean sheets, a solid performance, and a trip to the knockout stages of the CL. What made today even more special was the tactical discipline on both sides of the ball to dominate possession and limit Auxerre to few real dangerous chances. Yes, you could see some fatigue in the likes of Nesta, Seedorf, Ambro, and Zambro, but hustle all over the rest of the pitch, especially behind the ball was impressive. The patience to keep passing, and pounce on an Auxerre mistake was excellent, but the second half had a Milan victory written all over it right from the start. 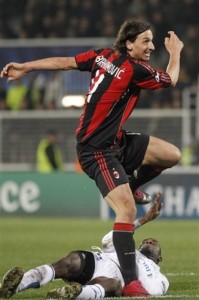 Credit to Auxerre for defending the center of the pitch very well early on, they were prepared for Milan’s narrow midfield play and by closing down lanes they were able to really keep Milan in possession and not often troubling the goal going forward. In the second half as the game began to open, and Abate began getting forward down the right flank the game shifted in Milan’s favor and while Robinho should have scored on a good Abate pass, it was at that point that I felt a goal was coming sooner rather than later. It actually came in a flash with a great combination pass from Zlatan who then was able to get his foot onto a deflection in amazing fashion and finish what was really amazing strike. The finesse and power were fantastic and the fact that he scored again is neither troubling nor surprising. The man looks possessed and is playing an inexplicable motivation and chip on his shoulder that seems to have infected the entire team.

Even his substitute Ronaldinho was able to contribute in the few minutes on the pitch. A great run and dribble from Robinho gave Ronaldinho just enough room to coolly finish a three touch move and put an exclamation point on the match and book our ticket to the next round. You have to applaud the finish, but more importantly you have to consider the fact that his willingness to move with the play and be dynamic put him in a position to score that goal and I hope he takes notice because like him or not, he will be needed even if it is simply to rest Zlatan leading up to the winter break. He should have a great understanding with his countrymen and it could only be helpful if he embraces the role and becomes part of the team. Lots of credit to Robinho, but absolutely must respect the finish. 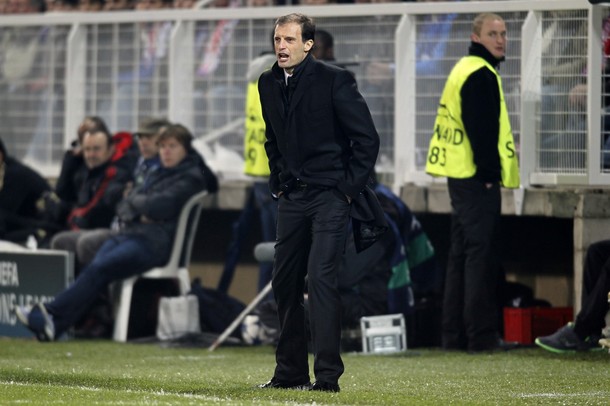 Allegri continues to impress with the newly instilled discipline, but he still could have pulled the trigger a bit earlier on the subs. Seedorf for Prince was about right but Dinho could have come on immediately following the goal from Zlatan. Strasser saw some token minutes, and failed to do anything meaningful but see yellow, but that type of move could have come with 10-15 minutes left instead of just 2. It is hard to fault him because a win is a win, and I have to hope that he will gain more confidence to make those moves sooner, but his current setup is proving successful and at this point the wins are speaking for themselves. 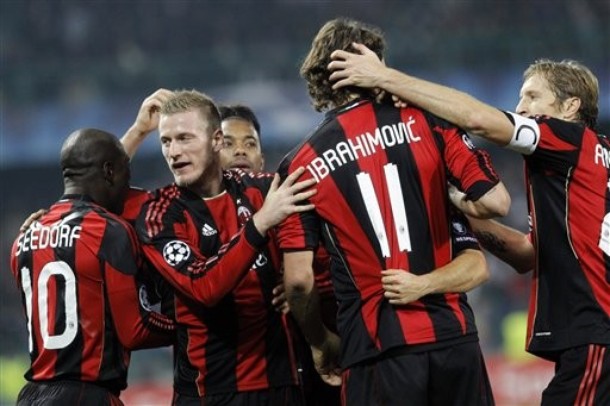 Hard to pick a MOTM in such a team performance, surely the Zlatan goal was pivotal, but everyone seemed to step up when needed. Abbiati continues to be steady and making all the needed saves, Nesta and Silva were also impressive and Abate continues to grow into his role as a RB. Flamini has not missed a beat since being given the reins and only Seedorf looked a bit out of sorts, more due to fatigue than anything else. Hopefully Pirlo is fit for the weekend and the old Dutchman gets a well deserved day off. All and all a good strong performance, and to say Milan is improving each and every week is an understatement, because this win sets up some rest for key players and keeps momentum moving forward into the Serie A.