This match was a prime effort in frustration. Every once and a while your team will come out swinging, hold possession, storm down the field, and look poised to blow out the opponent. This was evident in the first 10-15 minutes but like a good boxing match, if you don’t deliver that KO punch early, the opponent grows confident with each and every foiled attack and this was the case with Juventus. I can’t give credit enough to Delneri and his team for executing the perfect defend and counter, being tactically discipline, and not letting the loss of key players like Chiellini, Krasic, and Deceglie (during the match) affect them negatively.

In the same token I can lambaste Allegri for not taking advantage of a “weakened” Juventus team. To not exploit the CB’s sans Chiellini, or force Pepe and Motta to truly defend out of position, or better yet take advantage of the single DM system, his tactics just didn’t seem to evolve or adapt through the course of match to achieve a result, in fact it was Leo all over again. I admit I was impressed early in the match with the dynamic look of our attack, the movement was once again just as quick and surprising as it was against Napoli; forcing Juventus to drop players in to pressure the ball, but could not do it enough to not prevent scoring chances. Zlatan’s shot off the bar was a warning shot, but his inability to finish many of his other chances will surely be forgotten because of his goal. But to listen to the all the hype about this team scoring buckets of goal, it just hasn’t happened, and the rest of the team is proving a liability because of it. 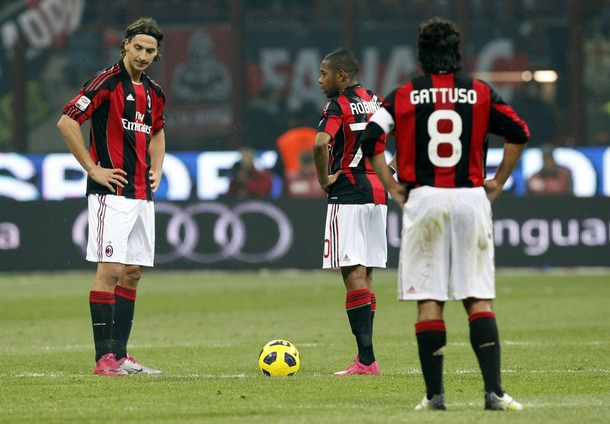 Defensively we continued to struggled as a team, Deceglie’s cross was spectacular but to have a goal scored with two defenders covering FabQuags and no one able to get up and stop him is plain shameful. Antonini made a leap but to have Sokratis, a CB, ball watching, has to be the final nail in his playing time coffin. The counter continues to be problem, and with Rino and Prince flying around the pitch at a fairly good clip, but unable to be at the right place at the right time gave Juventus too much space to operate. The second goal was shambolic, starting with no CB presence in the center of the defense, and Antonini allowing Sissoko to get in behind, keep him onside, and not recover to the ball was just a joke. It is bad enough the defense is not talented, but to make such foolish mistakes that should be simple fundamentals says a lot about the players and the coach training them. 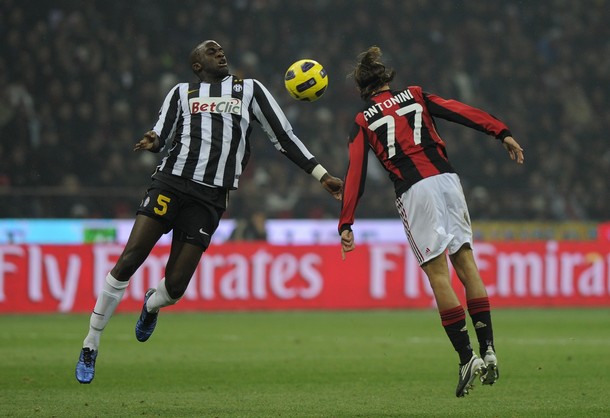 So what happens when the players on the pitch are not executing? You make changes correct? Apparently not in Allegri’s mind, why not run Pato at Pepe? Maybe bring in Pippo to play alongside Zlatan instead of turning to Seedorf when you need a goal? It is just puzzling that he couldn’t attack the game and go for the goal already two goals behind, with nothing to lose. Yes Pato was off for a second game in a row, but his pace can at least put defenders under pressure if he doesn’t see the ball. Pirlo was finding great passes early on but as the game slipped away even that line of service dried up, and Milan were unable to adjust to make that a viable option again. It also didn’t help that as the game got away so did the patience in the attacking third, I can’t remember a Milan team as direct as it has been in the past two seasons, why we can’t we move the ball laterally waiting for an opening to strike is beyond me. I am not talking about Arsenal style passing either, but I simply can't understand why the point of attack can't be swung when defenders fill in. Passing balls up to a single player in the attack with no support and no lateral movement has reduced the team to an EPL second tier squad equivalent. 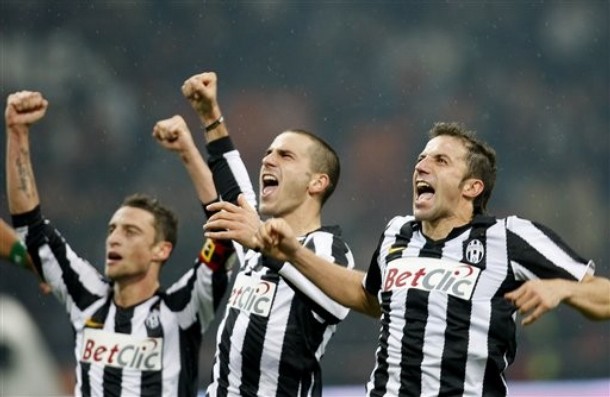 On this day Juventus proved the old footballing adage that a team supposedly less talented, can beat a team with a potent attack by simply staying organized and sticking to the plan, a notion completely lost at AC Milan. To see Juventus fill in behind the ball, break out quickly with pace and make each attack count is the main reason that this team is a title contender and Milan are not. We have talked about balance, lack of depth, and tactics ad nauseam, but simply put when an opponent wants it more this team has absolutely no answer. I will be back Tuesday with a Madrid preview, but with a loss against Juve and a challenging match against Madrid, it would seem our difficult five day stretch will need a bit of a miracle to salvage any sort of positives.