I have been watching matches between Milan and Napoli as long as I can remember, the dethroning of Maradona’s Napoli in the early nineties seems to have festered for 20 years and each and every time these teams step on the pitch the atmosphere is electric, and no one wants to give up an inch. For Milan to travel to the hostile San Paolo where they have not won since 1998 and take home three points is really something spectacular. A team that looked incapable of rolling up their sleeves and getting dirty seemed to throw off the gloves and play with a passion that is both exciting and incredible.

It was an odd a game, for brief flashes Milan extremely positive, stringing together passes, moving the ball forward and picking apart Napoli’s congested midfield. In fact it is best to note that Milan’s best run of play was in fact when Napoli was at full strength, but on the flip side Milan’s play against ten men was a bit unnerving and they were unable to pass Napoli to death, make them chase, and kill off the game. But let’s first focus on the positives! 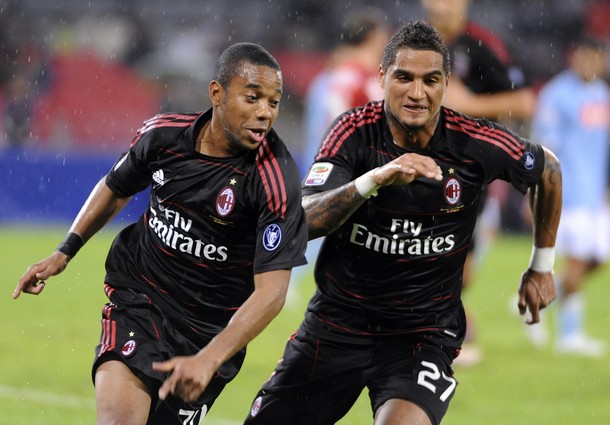 Very good individual performances of Robinho, Rino, Abbiati, Prince and Oddo, yes you read that correctly, Massimo Oddo was in fact a quality performer. Robinho was a breath of fresh air, he was busy, dynamic, and his positioning after passes was exceptional. His finish was clinical, but his choice to move the ball wide and lag the play for a return pass was absolute class. His ability to pop up in various locations of the attacking third forced Napoli to track his movements and in turn create space for Pato to do the same. Abbiati was stellar and his two saves were easily match saving, his play of late has to earn a call from Prandelli in Buffon’s prolonged absence, but if not then he can play with a chip on his soldier that will be all the better for AC Milan. The midfield grit from both Rino and Prince was fantastic and the fact that Rino once again was one of the top three to five performers on the pitch continues to reinforce his renaissance this season, he can’t give 90, but you can’t count on 110% effort for the time he is on the pitch. Boateng seems to playing just as inspired, and his thuggish attitude is a welcome compliment to the often times non-combative and seemingly impassionate behavior of his teammates. 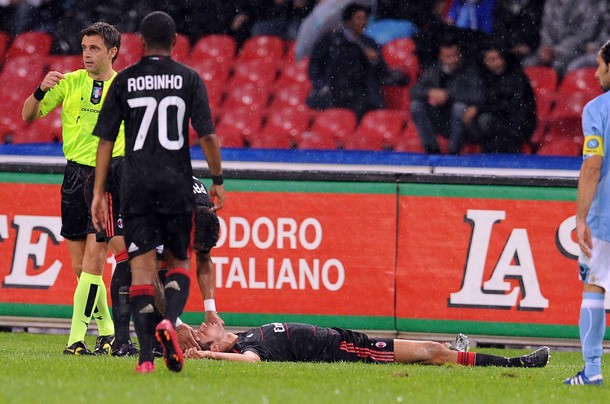 Before I discuss Oddo, it is imperative to wish the best for both Antonini and Maggio, head injuries and concussions are a very serious concern and need to be handled with care. It is best both players did not continue, and I hope for a quick recovery to both. Granted more importantly for Antonini because Milan literally has no LB to play in his place, Zambro?! Bonera out of position!? The depth issues in the back are very real, but credit to Oddo who stepped in and was able to contribute in a big way with two assists and decent performance on defense as well, Napoli seemed hell bent to exploit him and he just plain didn’t let it happen. For those of you clamoring for Montelongo, the sight of Oddo should at least answer a few questions; kid is not up to snuff. Now I am not going to sit here and say that Oddo should be given the keys to the RB spot for the rest of the season, but it was good to see that he could come in and make a difference.

With the positives behind us, there are few negatives that should also be addressed. As I mentioned before, it is alarming that Milan’s best half was when Napoli was at full strength. Instead of moving the ball and forcing Napoli to chase, Milan seemed to play in a more direct fashion, putting greater emphasis on the second goal then possessing the ball. This would have been OK, but Pato’s play was dreadful, and often gave possession back to Napoli for them to charge at the Milan defense. Robinho did his best to hold up these attacks, but for the amount of times Pato lost the ball, he did nothing to even attempt to win it back. More frustrating though is his lack of maturity and intelligence with the ball at his feet. He seems to have zero ability to decide when to pass, when to dribble and when to shoot, and it is games like these when he needs to be more mature and make the right choices.

Allegri was almost as disappointing as Pato, his choice to include Seedorf before Flamini was puzzling, and I couldn’t have argued with him if he decided to add a third CB as the pressure mounted. It just didn’t make sense to not answer Napoli’s pressure with more bodies in the midfield and defense capable of winning the ball. It was also puzzling that he decided to stick with Pato when Zlatan is clearly the better striker in circumstances such as this one.

Credit can also be given to Napoli for showing a ton of spirit in keeping this game close, the red card was soft but they didn't let it get them down. More importantly Lavezzi scored a goal that should be on highlight reels across the globe, but not for the finish which was spectacular in its own right, but for the fact that he went down, didn’t roll around the for the foul, and stuck with the ball to score the goal. That kind of determination and sticking to the play is refreshing when players are rolling around in the box looking for a PK. 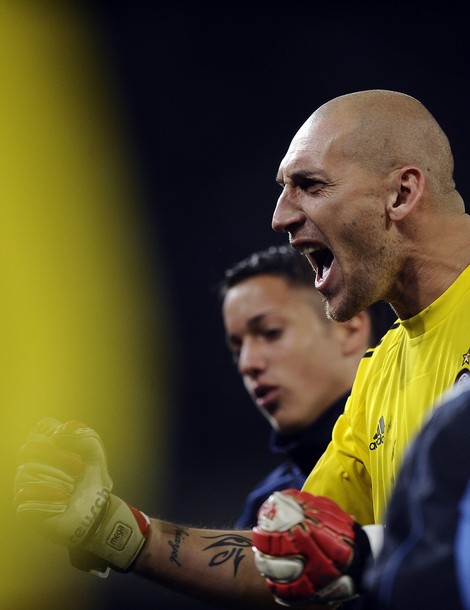 All and all, this a performance to hang your hat on and remember as the season wears on. Things are tough, or an opponent is pressing and Allegri can remind the team of their resilience in the San Paolo. I still don’t fancy a title contender, not with the way Lazio is playing and the depth of teams like Juventus and Inter, but a match like this helps you turn the corner as a team and prove that a gritty win is just as rewarding and effective as a stylish one, and that even with players injured this team is capable of finding the resolve to win. A good step forward as Juventus looms on the weekend. Be back Thursday with a tactics post to discuss the attacking trident and how it was deployed in this match to great effectiveness in the first half.

Side note: that title is courtesy of Juan…but if you remember correctly it is actually the second Oddo's revenge, the last one was not so good...