I think the first and most important thing to say and consider is that Siena is at the bottom of the table for a reason. While they gave Inter a massive scare in the middle of the week, this team has struggled at times and the game would have been significantly different had Curci not shown his Roman roots and gotten a red card early. So today’s success needs to be measured accordingly, but a great win nonetheless to set the stage for one of the most important Derbies in our lifetime.

The biggest positive today for Milan, at least for me, was their attacking play throughout the match. On this day they were able to do what they couldn’t against Novara on Wednesday and Napoli before them. Today Milan looked like that vicious boa constrictor who suffocates its victim more and more which each dying breath. Milan turned the screws today to the tune of four goals, but it could have easily been seven. 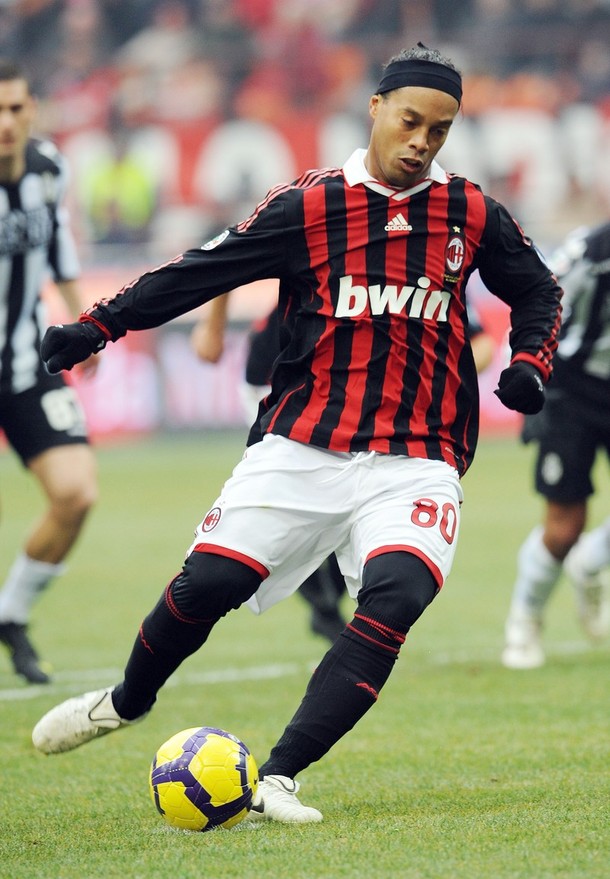 The real star of the show though was Ronaldinho who looked like his old self leaving defenders in his wake, making GK’s shiver, and even running his butt off on the counter. If Ronaldinho looks this game come next week this team will be motoring. He scored a cracking third goal, and was instrumental in many of the attacks, even working himself into a 1-2 with Antonini that led to Borriello’s goal. Since my midseason report calling for Dinho to score more goals, he has seven and Milan have 12 in their last three Serie A games and 14 in all matches since their last loss. For anyone who still thinks this team needs help scoring goals, guess again! 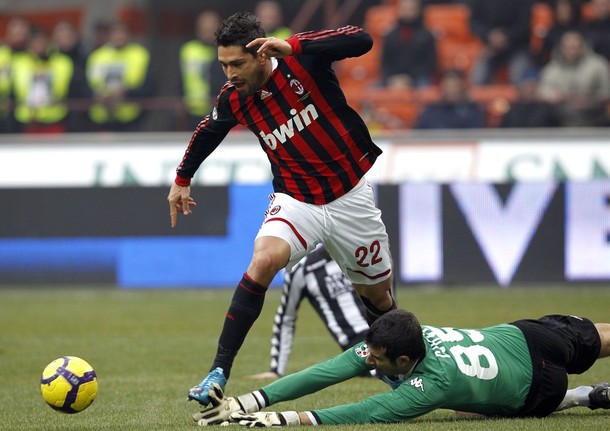 Speaking of scoring goals, Borriello got on the score sheet with a beauty. The goal was superb, but the play that sticks with me most was his pestering of a Siena CB who he dispossesed and got Abate in on goal all alone, Abate shanked the shot wide left, but it was this kind of aggressiveness and determination that for me at this moment puts him on top of the striker heap for Milan and maybe even Serie A. Lippi is blinded by Juventini and Romans, but it will be his mistake to leave Marco in the boot come this summer. On a day in which KJH was not even the first choice of the bench, Pippo held that mantle, Marco cemented his place once again and may even make the Dzeko noise go away in the process. Allocating all that Dzeko money elsewhere is probably not an issue for Leo or Fester.

But today was not just the Bori and Dinho show; Pirlo and Flamini looked very good in the midfield, and it was tough to see Flamini’s day ending early because of a shoulder knock. With Rino looking gassed it should be Flamini and Ambro come derby day behind Pirlo. The new delta styled midfield has worked wonders for Milan and given Pirlo the freedom to do what he does best, ATTACK. Seedorf may have to be relegated into a vice-Pirlo role when he returns from injury because the rythmm and flow of this team seems to be improving every week. Becks looked lost today, many times being caught on the left only to hang his head in shame and go back to the right flank. I understand he is learning the new system, but he needs to do a bit more to be included. I fully expect Pato to be back, but now that there is an option for his place. He shouldn’t rest on his laurels, and Leo should be stern with him trying to get his best.

I want to end with Antonini. Does anyone miss Zambro at this point, except of course Lippi? This kid looks full of confidence, he is defending stronger every game, and his link up with Dinho is probably one of the strongest flank 1-2 punches I have seen in awhile. If this kid is handed the “keys,” so to speak, he will work hard to succeed and like the striker position it will allow for resources to be spent elsewhere. Suddenly Milan no longer looks so bad as they once did in terms of depth by promting within and on the cheap. Congrats to Antonini for seizing his chance and hopefully he inspires his younger teammates to do the same when given faith from Leo.

Milan was extremely fortunate to have the game against the Viola moved to a later date. This gives Leo and company an entire week to prepare for Inter. With the gap down to six and Milan with a game in hand, this match has epic implications and I have strange feeling that much of Italy will join us in rooting for the Rossoneri. Enjoy Dinho’s goals here and then put your game face on as the week heats up!