The Root of All Evil

Share All sharing options for: The Root of All Evil

It’s funny, International breaks are great as it gives everyone a chance to recharge and forget about things like piss poor derby performances. I usually like to use these times to post AC Milan Legend posts that I wrote throughout the summer at times of inspiration. This one was hilarious for me because I wrote this about Silvio Berlusconi in a guarded almost bite my tongue fashion. But as I wrote and reread in the past few days, I knew there was far more to this than positives and legacy. 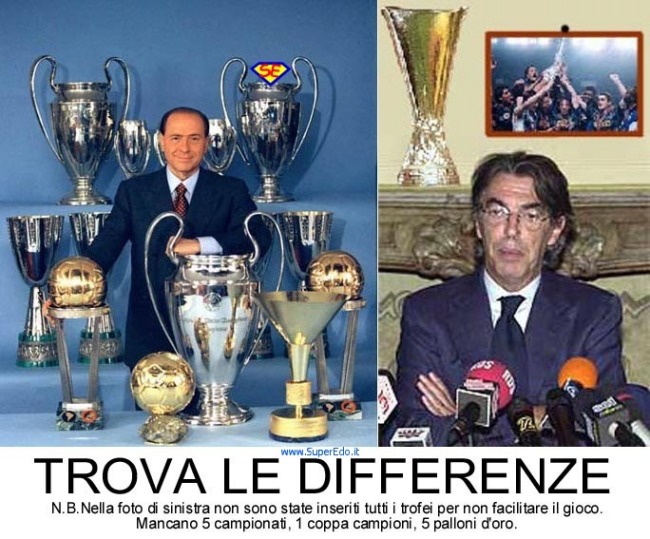 The first and most important thing to say about Silvio as a tifosi is Grazie. In the past twenty five years there has been no club more successful, more prominent, and more exciting than our very own AC Milan. Man U, Real, Barca, and others can lay claim to this title but when you look at Silvio’s silverware collection the battle stop’s there. Silvio also made owning a soccer club glamorous, he furthered the family owned club tradition by bringing a George Steinbrenner style of ownership to football. Without Silvio there would be no outspoken owners, no Morattis, no Abramovichs…and maybe this would be a good thing, but those personalities are what make the sport so intriguing.

For the first time in all the years of Silvio’s ownership I finally feel that I can say enough is enough. The game has moved beyond our enigmatic owner. His evaluation and affection towards certain players is mindboggling and his insistence and complacency with certain issues may prove the final straw that unravels our Club. Whatever excuse you may come up with for Silvio: politics, women, and divorce he no longer understands and pay attenention to the game in a way that could make him vocal and hands on owner. In his current position the best thing he can is stay away from the club as he did during his term as President. Uncle Fester is not the best number two in the World, but his bossing of the club is far more preferred to Silvio’s recent rambling and diarrhea of the mouth.

Please don’t take this post as a call for Silvio to sell the Club. This would be far worse than any of us can imagine at the moment. A sale could leave the club in a carousel of owners which can lead to a myriad of problems that I cannot deal with at the moment. Sure Silvio is pinching pennies but with the current economic crisis this is not a terrible thing, if we come out stronger in the next few years than even better, but a sale now would be devastating to all parties involved. Instead take this post as a call for Silvio to step out of the club lime light, shut up, an let the people you hired do their job in making this club what it is. Don’t talk about players, formations, tactics, and “great champions!” The current status of the club is that we don’t have great players, great tactics, or great champions, so don’t run your mouth and let this team get back to a position it once was. A word of advice to our “great” owner would be to get your life in order, solve your divorce crisis, and decide how on Earth you want to continue funding this team, leave the football related stuff to the people who understand it, barely… 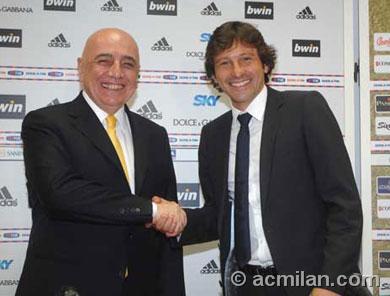