- The Pirlo debacle is wearing thin on me. We can all agree that Pirlo was an integral part of our success in the past few season, and his World Cup and CL run were a joy a to watch. For a span of time, summer of 06 to spring of 07, one could even argue that he was in the upper echelons of the playmaking world, if not the best. But here we are in 09, his perpetually stoned expression now matches his play on the field and if ever a play looked to be in decline, we have a few on this squad, he would be right there at the top of the list. One could argue that losing Carletto, the man who made his position magical, and Kaka the man that made every pass in 07 look better than the next, would completely crush a player’s morale and this may in fact be the case, but the bottom line is if Pirlo is not committed the cause, regrettably, he has to go. 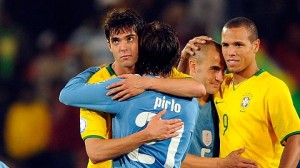 A reunion with Carletto has been in the works on and off for a few weeks now, and rumor has it we will know by early next week, but the simple question here in this whole back forth is why are we not getting the maximum value, albeit low, for the midfielder? Getting Pizarro and cash from Chelsea seems like a terrible move. We are alleviating Carletto of a striker burden and getting a sack of cash that our management has proven time and again that they will not spend or even know how to spend. Instead of Pizarro could we not ask for Kalou, who is valued at 8M (pounds), or possibly a defender like Ferreira or Ivanovic!? Why do we have to take Carletto’s excess and get little to nothing in return!? I am not pleased about this, at this point I would even take Michael Ballack; at least the guy could boss the middle a bit for a club that desperately needs it!

It is even harder to have this discussion not knowing if Leo wants to play 4-3-3 or 4-1-2-1-2, which makes this all the more frustrating, frankly with the personnel we have on hand, I wouldn’t even venture a guess on what to do. A lack of creativity, width, and hell a lack of everything has left me wondering how many more players can we lose without replacing them and still make this all work. Move Pirlo, but do it right, get some value. If it means Kalou to fill the striker spot GREAT, if it means a guy like Belleti or Ferreira to add width and team depth than fine, but don’t take Pizarro just for the sake of getting a player, do we really need more Chelsea failures? 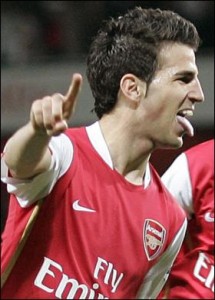 Cesc Fabregas has been tossed around as a potential Milan target and considering his age and ability this move would certainly be welcome. We have the defensive midfielders so a guy that can operate around the center circle and forward would be a plus. He may cost a bit more than Milan want to pay, but his upside is tremendous. He would grow with the youth around him and if Milan wants to settle themselves present and future this is a good way to start. As Avia mentioned earlier it would also free Dinho to move up and to the left adding width, and let Leo use his 4-3-3 formation. Sure it is a pipe dream, but a little optimism in my doom and gloom is probably good for everyone.

-Personally I am not sold on Hernanes, Brazilianness aside, he has done little to prove his worth or cost. Succeeding in Brazil does not always guarantee success and playing in Europe is a shock to any player. Historically speaking Milan have not been all that successful with these type of purchases directly into the first team. Recent young Brazilians like Kaka, Pato, and Silva were given time to acclimate and learn the system prior to first team football, and if Hernanes was purchased I would hope he would be afforded the same luxury.

-The defensive flanks still look pretty bad and based on preseason performances I would say this is the where the most help is needed. Talks have been on and off for De Silvestri has been given the green light to leave Lazio and sending Oddo back to his club of origin may help in luring the young RB to Milan. He would be welcome addition to a club that has boasted some of the World’s best at the positions and his move would greatly benefit his own chances of going to WC10, a player hungry to prove himself is a plus no matter the squad or position. With Inter boasting Santon, shouldn’t we have our own wingback in the mix?

-In the next few hours Fester, Berlu, and Leo will have a heart to heart, this little meeting represents the turning point of our preseason. If Leo can assert himself and demand what he needs to succeed he will gain valuable leadership points and credibility. If he comes out of this meeting with nothing to show in the way of transfers than he is in fact a yes man and we dead before the ship even sank!