All I have been hearing about this derby is the magical five points. In fact it is simple if Milan can win Saturday they will have a five point lead over Inter in the table, is it to early to talk about table position? Of course it is, but if a Scudetto is contested by 7-10 points and you can take 5 of those points early then the prospects don’t look all that bad, this is assuming Inter are in the driver’s seat title, which I personally do not believe, but either way it will be a nice swing for us in a season that carried little to no expectations.

I actually found that going into this season expecting a mid table finish has made me all the more appreciative of good news such as this. For Inter, a loss Saturday, would be quite a dramatic blow, for us it is merely a bump in what was anticipated to be a pretty bumpy road anyway. A win for us is gravy and for Inter it is a must. As Milanista’s we have rarely been the team with nothing to lose, always desperately needing points for CL spots or near first finishes, never has this team been able to throw caution to wind and enter a Derby as a team with nothing to lose. Sure I want the win, and so do many of you, but going in as the underdog has its advantage and Inter need to be a weary.

With that attitude in check this game will certainly not be a display of the “beautiful game” in fact this game will probably resemble a turf war in the midfield with the team’s battling it out for space to allow the likes of Ronaldinho and Milito to operate and feed the ball to the strikers or score goals on their own. A classic 4-4-2 vs a similar 4-3-1-2 with Inter bringing the muscle and Milan hopefully bringing the flair with some muscle to match, with the key being to gain space to operate and capitalize on chances. That’s why I am all for the same lineup as Siena, it worked right?! So push it again and see what happens. Rino and Flamini cleanup and Pirlo can feed to Dinho with Pato lurking. Lucio looked stuck in the Bundesliga last weekend and Pato can surely make him pay with the proper service and pace through the defense.

Leo’s press conference today did hint at the possibility of KJH making his debut which may drop Pato into a more Kaka-esque role and turn us into the dreaded XMAS tree, I don’t mind this all that much but both Pato and Dinho will have to be strong on the ball while KJH finds space in the box. Not sure if I would do this against a bull nosed team like Inter, but that seems like the most logistical change for Leo to make at this point. If he wants to maintain a support striker dynamic, as he did last week, then Borriello should stay in the game with Pippo and KJH waiting in the wings if needed, and based on the opposition and cagey style of play this may be the safer option.

There were also hints that Flamini could play RB which could open a place for Ambrosini or Seedorf, but the more dirty work that can be done out there the better. Tinkering in a game like this may not be the best option and Leo will have to learn this the hard way. Nesta and Silva look poised for game two of their partnership and Storari will start again in the sticks. I do believe Milito is a great player and Motta is a versatile and capable midfielder but Inter lack a creative edge so if the defense can bottle up the strikers, easier said than done with Samuel Eto around, then Inter may struggle to find chances on goal as they did against Bari. Granted this a fleeting problem for the black and blues with addition of Sneijder so let’s take the points now! 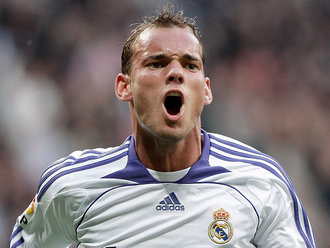 Can Dinho duplicate last week’s performance? Can Nesta shut down Eto as he has done with so many other strikers? Will Silva be up to his first real derby? Can Pirlo wake up? Will Pato be the same beast of player he was last week? Can Maicon be kept home at the back by Ronaldinho? The questions are endless, but the bottom line is if Leo can get these guys to come out swinging and get the early goal Inter will struggle to gain momentum and get forward and Milan will have five points in hand to carry them through the season!

If all goes well we can add to the amazing...