Yes it was a win, and there were positives within it, but let's hold our horses for a minute. Pato played with ferocity that I have not seen in Red and Black uniform since Rino in the 07 CL. He was hungry, he was intense, he was aggressive, and he was confident. Defensively, seeing Nesta in action was almost as calming as knowing Maldini was back there. Other than a simple miscommunication with Storari he did not put a foot wrong and was a boss in the back. This team is far more dependent on him and his than I had anticipated and this game was absolute proof of that.

For two days we bathed in the afterglow of a win, but now that the luster has worn off it is important to discuss some of the shortcomings as the squad prepares for the earliest Derby of the season that I can remember. Last year this fixture was a 5-1 demolition of a team that may very well be relegated this season after saving themselves in the last. After a very difficult 8-10 minutes to start the first half the squad seemed to settle in and find a groove and began to maintain possession to start to wear down Siena. This ball movement gave Ronaldinho room to operate and began to expose the defense as he was able to create space for Pato and Borriello in the attacking third. He was extremely successful with the final ball as well as worked hard to create space and setup Janks for two or three shanked sitters.

It was a good easily his most solid in the shirt, but the same way many of you chosen to reserve judgment until deeper in the season, I will also do the same. Consistency is the need and the key to make this team move forward. Lost in Dinho’s and Pato’s performance was the work rate and effort of Marco Borriello. 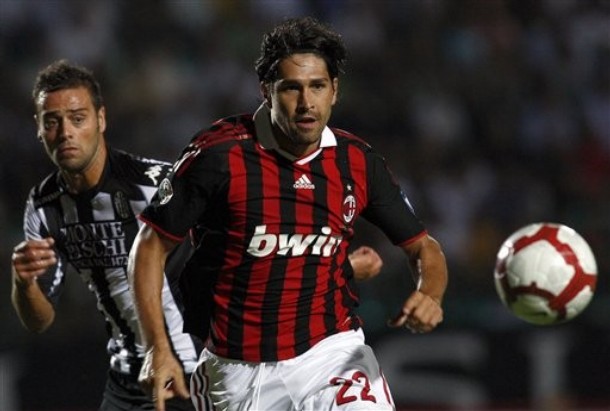 Borriello was involved in both goals and moving the ball into his Brazilian line mates, but his effort to pressure the ball and move in and out of space allowed room for Pato to operate. The score sheet will never show this type of effort, and it will be interesting to see if KJH is willing to get that down and dirty in the offensive third for the good of the colors.

The play of the wingbacks, Zambro and Janks, was not as bad as anticipated, with Zambro being the more disappointing of the two. He seemed extremely lost and unable to find the game for ninety minutes, while Janks worked hard in the offensive third but not so much in the defensive third. Thankfully Flamini and Rino cleaned up when needed and facilitated solid defensive play for the few attacks on the Milan goal. Storari did well with a few great reaction saves, but Abbiati should not be concerned awaiting his return. It was disappointing to see the goal conceded once again with poor marking, an ailment that seemed to continue to linger on the Milan defense, but with some chemistry building I hope it can be remedied.

It is a good building block to push this team forward and help forget a terrible summer. With the derby looming this confidence boost is welcomed, but it is important to not blow this win out of proportion because Inter will come in hungry and farm more difficult than Siena. 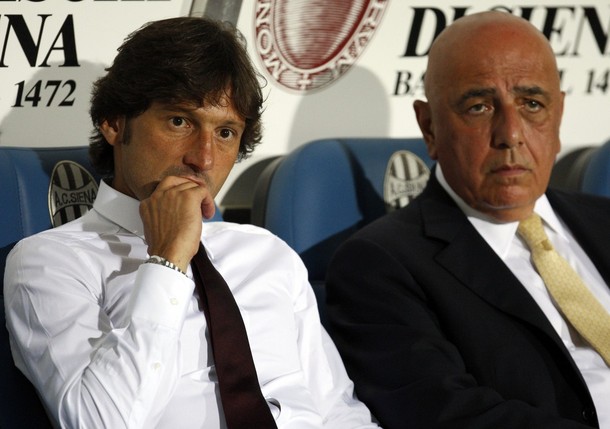 Leo has his work cut out for him and Dinho will need to build off this game to continue to gain confidence in my eyes and many of yours.