A Preview of Sorts

Share All sharing options for: A Preview of Sorts

I wanted to do a season preview but never quite felt like this team was "final" in a way that any of us were comfortable with, me especially. There is still the hope and possibility that we land De Silvestri or add a creative type of player from somewhere but as I waited for these additions to materialize the season just crept right on up. So we are the eve of the Leonardo era, the night before our first game sans Kaka, and the start of a period for this club without a true leader to fill the places vacated by Maldini and Baresi before him. In a way it’s exciting, almost like a first day at a new University. We can come to know new faces, new players, new styles, and thought at this point it still looks like a big mystery, tomorrow will be the first taste of what is to come with the "new" Milan.

I will admit my expectations for this season are very low by design. I do not want to build my hopes up to an epic level only to be let down when I know the schedule is strenuous with three fronts to compete and a depth that does not seem conducive to the demands. Realistically I don’t feel like we can win the Scudetto, CL, or even the Coppa Italia, but my hope is a team that can compete and hopefully adapt into a new style of attacking football and surprise some people along the way. The Serie A has lost many of its stars with Kaka and Zlatan being the most notable departures, but with this exodus comes a new form of parody where teams from top to bottom that may have not been in contention now have a chance to close the gap and make the Serie A even more exciting to watch.

My preseason scudetto pick is once again Juventus, and though they let me down last season, the addition of Diego to help link workman midfield with some potent stirkers may pay dividends in the long run. Ferrara looks poised to lead a team with some veteran leaders and young faces to create a balance that may prove difficult to beat. Though they do not look capable to compete on all fronts, much like ourselves, they do look capable to fend off Inter as well as the newly minted teams like Napoli and Palermo who looked poised to push their way up the table.

Inter is infatuated with a CL title that looks farther out of reach even with the addition of Milito and Motta, and without a real playmaker this team may flounder at times when it needs to be strong. My real CL back is nod back to our old coach Carletto as Chelsea look to have depth, pace, and skillset to push the Galaticos and Barca for old big ears. 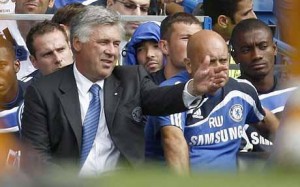 I wouldn’t bet against our old friend in the CL, and that competition looks to be a true spectacle of talent yet again.

OK my European walkabout and Chelsea envy is over, it is time to focus on Siena. Avia jokingly mentioned that even a draw will be a better start than last season, but anything short of win will be a disappointment. Milan has not lost Siena since 2005, and last season’s 5-1 drubbing is a keen memory as we travel back to the fortified city. Leonardo will be without his new toy KJH, but Borriello and Pato will look to solidify a budding partnership that was built up nicely last season until Marco suffered a season ending knee injury. Expect Ronaldinho to play in the “hole” behind the strikers and with Leo calling him out today I would hope he was near enough to the papers to see that his manager expects just as much as I do from the former superstar. I am not asking for the World tomorrow, but only that Pirlo to Dinho to strikers is a constant passing triangle that leads to chances on net.

The midfield is a bit more unsettled with Pirlo being the only sure bet. He will be flanked by two workers and it is up to Leo to decide on Rino, Flamini, or Ambro. Any of the two is OK with me, and personally I would have the bench man ready to spell the mid who works the hardest. A fixture last season Clarence Seedorf looks to be the odd man out, but with a rather full slate of games I would expect him to see playing time as the only true backup for Ronaldinho on the squad. Defensively Nesta will most likely be paired with Silva while Zambro and Janks hold down the flanks.

Storari seems to have the keeper job which is fine by me as we await the return of Abbiati to net. He played well in the preseason and will be welcome sight after the likes of Kalac, and Dida who filled in admirably to end last season but continues on the decline. 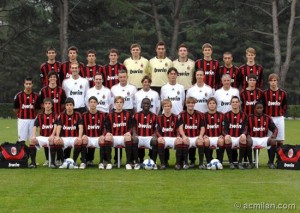 It’s funny how many of us clamored for a youth movement and the starting lineup looks far more similar to last season than some of you would like to admit. Adding Silva is a start, but new blood like Abate, Onyewu, Zigoni, DiGennaro, Osuji, and a host of others do not look to feature, with a few not even making the bench. I hope Leo does use these players at some point to start the transition and transformation of the aging squad. With this said, I do hope for a solid start for the squad and a semblance of chemistry that was not present at all in the preseason. The summer is history and tomorrow begins the journey that we have all been waiting for.