Just a couple of quick hits… 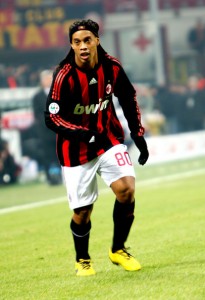 -Milan won their first friendly, and along with it came some praise for Ronaldinho, anyone else think he has a lot more to do? Yes they won, but it was basically a club team and the squad still has an extremely long way to go. Some articles were flying around saying that Dinho was made to declare his love for the cause and getting himself back to “fighting” shape, again no offense here but athletes are second only to politicians when it comes to declaring their intentions. I wouldn’t even accept a written contract from some athletes! One minute they love their club and don’t want to leave the next minute they are playing for Real Madrid, I will take my declarations on the field thank you! We all know we need him; in fact I will venture to say that we are building this team around him, but where does that leave us creatively if he fails…

-Luis Fabiano and Nardo are getting hot and heavy, and frankly I don’t like and most of all I don’t get it. Some of us chastised Onyewu for his performance in the Confed Cup, with bold claims like, “It is only the Confed Cup, and no one was trying!” Then in the same breath we praise Fabiano for having a superb Confed Cup!? Isn’t this a double standard!! He is to expensive, and by no means an upgrade from what we already have. Do we want to push Borriello to Napoli, if he leaves because he wants first team football can we blame him? This Fabiano move is crap if you ask me, he is older than we need, and doesn’t really do anything all that well to make this courtship worth it, anything over 12M is a waste of money that we apparently do not have. 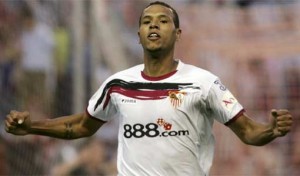 -Speaking of transfers these Madrid player rumors out of Milan and anywhere else for that matter are crazy. If Perez and his Galaticos want to buy everyone under the sun for inflated prices, why should any club be made to pay full price for their players? Nothing against the Dutch Madrista’s but wouldn’t one consider those players surplus to need? Therefore shouldn’t Real be looking to unload at one point or another? Milan and any other interested club should cash in then, not now, make them sweat it out, and buy when the price is right. Remember VanDerVaart and Huntelaar couldn’t game at the end of the season, their value has plummeted and should be bought that way, don’t fuel the Madrid madness.

-Onto more crazy transfers, Man City is now linked to former Milan target Adebayor. If he does in fact go there, then I too will jump off the bandwagon. He wants CL football right and to prove himself the World’s best, he can start by saying no to Man City who seems to believe that the key to winning football matches is having more strikers than the other team. If Adebayor and Tevez go to Man City to join Santa Cruz it will only be a matter of minutes before Milan are linked to Jo and Bojinov, and that will be a travesty all in itself. It is a shame a guy like Stevie Ireland played his heart out for that club and no one seems to give a crap, shame on Mark Hughes, and shame on anyone who goes there.

-The newest Brazilian that Milan has a hard on for is Hernanes. The 24 year old DM is said to be in talks with Milan which means that A. Gattuso is will be made obsolete B. Flamini will either be sold or made to play RB (which he doesn’t fancy) or C. Nardo will play 3 DM’s behind 3 strikers. Frankly I don’t get it, I don’t like, and I want to stand for it. We need creative depth, Dinho can’t play every single game, and Seedorf shouldn’t play any period. If Pirlo does in fact play CM, shouldn’t we but someone comparable to him as well!? D’Agostino wants out of Udine, and Rosina is on his way to Serie B, wouldn’t these be more sensible targets based on need? Just a few days I was renewing my faith in the cause, today however it seems to be plummeting yet again…welcome to the Rossoneri rollercoaster!

-On a side note, many of us engage daily here with Pat Cook, whose incite and discussion are superb, his website carries the same edge here. Always worth a read after your trip here of course!