Can We End the Hypocrisy?

Share All sharing options for: Can We End the Hypocrisy?

When did we as Milan fans become such hypocrites? I was going to borrow the old biblical catch phrase, "He without sin shall cast the first stone" but when I reflect upon myself for a moment I find that I too am guilty. For an entire season we clamored for youth, Italians, and for a little risk from our former mister, Carlo Ancelotti. We wanted young players to be given a chance, starting roles in big matches; we wanted an end to favoritism and a chance for each and every player to earn a starting role. We also called for no more aging legacy signings, and as I sit here and realize that all of our wishes have come true, I then read the comments and am rudely treated to the land of hypocrisy in which we now seem to have become entrenched. 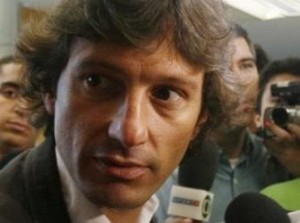 I have not talked much about Leonardo because frankly I know very little, but in the next few days I will delve into that topic as well. But with a new coach, as many of you adamantly requested, come new chances, new opportunities, and the emergence of new players; there also comes growing pains, losses, and a possible early dismissal but let’s stay hopeful here. Leonardo may inject new blood with a new formation and give players like Seedorf and Favalli a chance to fall gracefully out of the squad and be replaced with new players from inside the Milan system and returned on loan. We wanted Italian youth and we got it, now there is even a chance to see them in action.

Abate is truly a solid addition. I like him, he has promise, speed and versatility and given Leo’s tactics he may have a chance to really blossom. In the same sense Leo can continue to progress Flamini be it in the mid or at the back, and also allow Pato to fulfill his world player potential. For all we know he may even find diamonds in the Uruguayan boys who were given little opportunity last season. We now have the potential to start 7-9 Italians on the pitch, and for that fact alone I am pleased. Not to mention the returns of Borriello and Nesta are like addng two new players if they can stay healthy and produce at the level we expect.

We still have the promise of the August frenzy in the transfer market where Leonardo will have a better feel for his squad and his needs. As the window draws closed Milan can make a push for needed players possible a Rosina, DeSilvestri, or even a player like Ruud can be added for some veteran guile and goal scoring ability. The more I really investigate the less bleak the outcome really looks. This team is not World Class, and no one will mistake them for that, but this team has the potential to play hard and tough to be successful. There are a lot of what if’s, but if just a few materialize and pan out we may be pleasantly surprised with the new look cost effective AC Milan, and will be even more pleased as we are positioned not only for success today, but potential for success tomorrow.