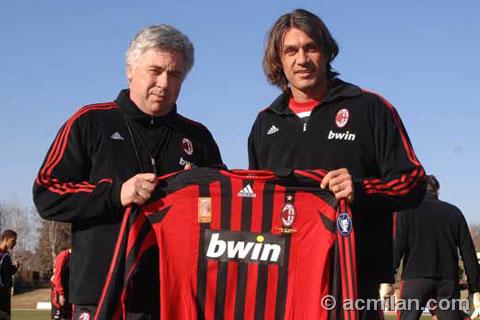 The Milan captain, Paolo Maldini, insists that Carlo Ancelotti has the full backing of his players to remain at coach at San Siro.

Ancelotti has one year left on his contract with Milan but there has been constant media speculation in Italy and England that he will be in charge of Chelsea by the start of next season.

"We are all hoping Ancelotti will stay," said Maldini. "With him in charge, the group has been really good. We have won so many titles and our quality of life with him has been great. But in order to go forward, there needs to be three parties that want it: the players, the coach and the club."

Ancelotti joined the club in 2001 and is the longest-serving manager in Serie A. However, Milan have endured another disappointing league season despite not having the usual pressures of Champions League football this season.

The Rossoneri suffered an early Uefa Cup exit and also never mounted a serious challenge to Internazionale in the race for the Scudetto. Their city rivals won the title for the fourth consecutive time.

Still not sure what to make of all this...