I want start right off the bat and say that today’s Dinho is what we paid for, today’s Dinho is what I expected, and today’s Dinho is what needs to continue if he wants to remain at San Siro. His cheeky passes found the target, his runs had venom, and his shots were all dangerous. Now a pessimist could say things like well Lecce was exhausted when Dinho came in and his pace was tough, or one could say Lecce is a poor team and Dinho exploited it. But I am happy with his performance and hope it continues for the good of the squad. However, there is a glaring point here that needs to be addressed, Dinho’s game picked up exponentially when Kaka left the pitch. The goals came late, but with Kaka on the pitch both players were a bit confused, but when Kaka went off Dinho seemed to be reborn with pace and more importantly comfort. Can they play together? It is looking more and more like not so much. 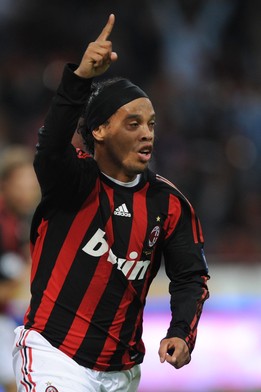 Back to Lecce for a moment, they came in and followed the minnow at San Siro blueprint. Pack the box, play the counter, and hope for the best. What they got was a hard fought first half, but as they game wore on and Carletto kept throwing offensive darts, it was only a matter of time before the levy broke and Milan broke through. Part of me felt a bit bad when Benussi and Konan were having at it, but there was the first hand emotion of a relegation battle and Lecce seemed to be stuck in rut right now that will be very hard to get out of. 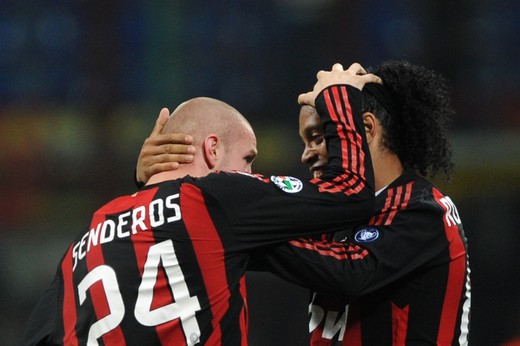 Congrats today to Senderos who after coming on for Maldini, quite plainly did not suck! His header off Dinho’s head was pivotal, but more importantly he handled his defensive duties and assured Milan a chance to earn the point. Even more important though was the continued growth and success of Flamini who quite possibly improved tenfold in five games. Bossed the back for Pirlo, got into the attack, and ran to all the right places. With 8 games left, one has to wonder If he can continue his meteoric run of play. Pato also continues to step up his game, and his pace is quite possibly becoming the most dangerous in the world. Just stop and consider for a moment another player that can accelerate the way he does after the first cut? His delivery in the box can use work, but as he matures this will surely improve. 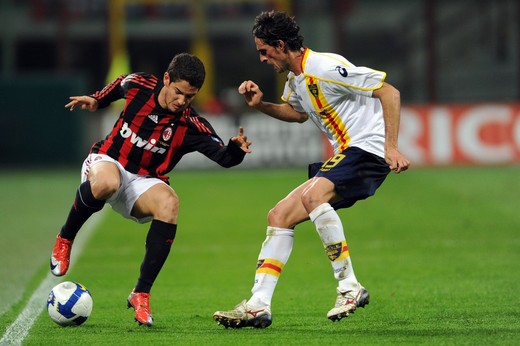 As we watch Pato continue to grow, it is hard not to feel we have seen the peak of Ricky Kaka. Yes his fitness is low, but this season has seen the once world’s best struggled to find space, pace, and the back of the net. To further Sam’s comment from the match post, have we seen the last of Kaka, is he biding his time until he can leave for Real Madrid? It is tough tell, but in match where Dinho looked game, it was frustrating to see Kaka seem so out of touch. Surely this will make a dynamic storyline come the end of the season, and all we say now is speculation, but it is hard not to read all the grumblings and see the player on the pitch in a bit of a funk. It is hard not to compare him a bit to the last Milan golden ball winner Shevchenko. Sheva has also struggled to find form this season, but one thing he has not done is complain. He has taken every setback in stride, and even today he kissed the badge, admirable is the only word that comes to mind. As he cut in and placed a perfect pass to Pippo, I can’t help to think what would have been had he never left, had he played more this season, or had he just scored earlier in the season? Hopefully Sheva can talk to Kaka and in the same time earn some more playing time and find the back of the net yet again.