On this Maldini Monday I want to discuss this potential farewell Azzurri match for Paolo against Brazil. Please understand the intentions of this match are all in the right place, but I myself have never been a fan of national team farewell. I don’t like the idea of rolling out the geezer for one final meaningless performance and when I consider the type of player Il Capitano is and his humble personality as well, I am willing bet to that Paolo politely declines.

Again, I am not saying that Paolo doesn’t deserve it; if anyone does it is him. The problem is Paolo in the Azzurri was never quite the same as Paolo in the Rossoneri. His Azzurri career was a bit, how should I say it, unlucky. 90 a loss at home to Argentina, 94 a gut wrenching loss, 96 a useless trip to England, 98 failure in france, 00 france strikes again, and 02 saw South Korea’s captain score over none other than Paolo for the golden goal that ended his National Team Career. What did Paolo do? He walked away; he walked away at the lowest point of his National Team career, why? Because he felt responsible, he also felt he could no longer play at that level, too bad he was wrong on both accounts.

Success on the International Stage is all that is missing from Paolo’s illustrious trophy cabinet, but sometimes I feel it is better that way. He is and always will be AC Milan and though he retired from the national team with the humblest and noblest intentions it opened the door for a successful run in Europe and a the opportunity for the Milan tifosi to enjoy him that much longer. While Nesta retired to focus on Milan and win a CL title or Totti retiring for vanity’s sake (never needed him anyway) don’t ever forget that Maldini left for the good of the squad, plain and simple.

Thanks but no thanks, is what I would say about the farewell and something tells me Paolo will say the same…you always looked the best in Red and Black! 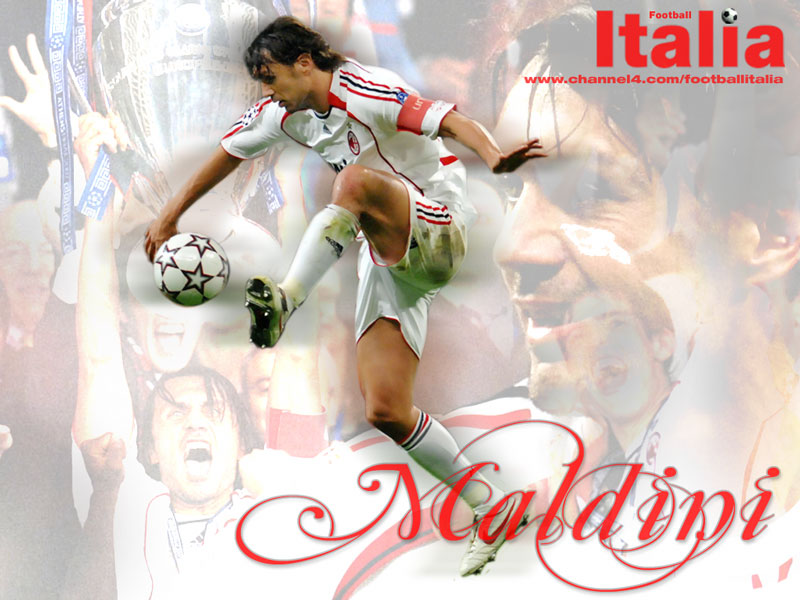