I don't plan on recapping the match right here, that will come later, but I do want to say that the look on Paolo's face at the end of the match was more than enough. I still see the look of desperation and loss on his face, and can't help but feel that for all he has done this squad is giving him nothing in return for his final season. 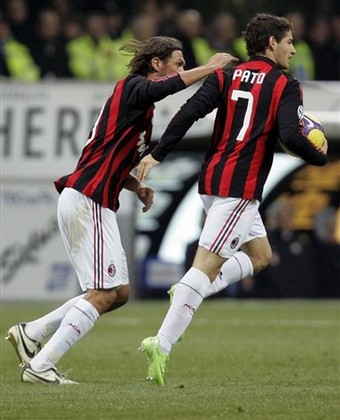 Even the Inter fans, who at times have been quite notorious, paid their respect to the World's Greatest Defender...

Inter fans greeted the entrance on the pitch of the Milan team with the 'usual' jeers, except for one player: Paolo Maldini.

The Rossoneri's captain was in fact welcomed to San Siro by a very respectful banner displayed by the Nerazzurri supporters. The message on the banner said 'Per 20 anni nostro rivale, ma nella vita sempre leale' (For 20 years our opponent, but in life always loyal).

Maldini showed that he appreciated this message by applauding the Inter fans who responded by applauding back to the Italian legend.

This will be his final Derby della Madonnina, after playing in total 55 games against Inter, before he retires at the end of the season, and this episode proved yet again how respected Maldini is all over Italy by all fans of all teams. 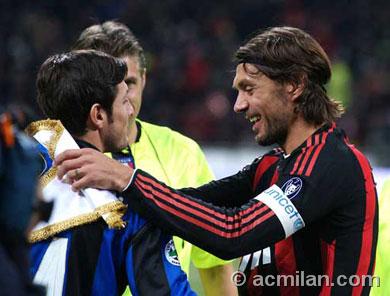