Share All sharing options for: The World's Best Derby

I have literally sat around the past few days and taken it all in, this Derby really has taken the World by storm. Even stateside Galaxy fans, if there are such things, are tuning in to see if this is the game that breaks Becks away from MLS permanently. Chelsea fans want to see if Mourinho has still got it, while Brazilians are keen on seeing if Dinho has still got. In Italy everyone is watching as this match means a lot to the table, and in Milan, well that pretty much speaks for itself. 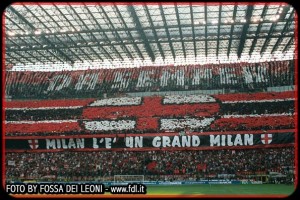 This derby really is your quintessential match up masterpiece; in this single game you have Zlatan vs. Pato, Jose vs. Carletto, Dinho vs. his present and future, Becks vs. Muntari, and my always favorite Cambiasso vs. his ever present lack of hair. No matter how you look at it this one is big, and rightfully so. Stop for a moment and consider all the World’s biggest derbies. River Plate and Boca, Celtic and Rangers, Everton and Liverpool, the list goes on, but this one has it all. It is about the football, the history, the rivalry, and for once the table itself. When is the last time a Derby happens so early in the second of the half of the season and meant as much, I can’t recall one? This may very well the game that keeps Inter away from their coveted 17th scudetto that puts them right on par with the Rossoneri.

OK, I am done ranting, so it is time to get down to business. The key to stopping is twofold, first it is imperative that Zlatan is bottled up. Milan has had the upperhand when it comes to this as Maldini has done well to keep Zlatan under wraps in these matches, though the rest of the squad has sometimes faltered in this regard, Dida anyone!? I still can’t over the Dida sei uno di noi chants that still ring in my head when I see his face, good riddance! Zlatan is a force this season, and is playing like a man on a mission, if this wasn’t a golden ball worthy season, than I don’t what it is, so it is of the utmost importance that the CB duo, most likely Paolo and Kaladze are up for the big job. Kaladze has been a bit lost this season, but the man is comfortable alongside Paolo, and having here is second only to Nesta, and an improvement over Favalli or Senderos.

The second key point is bottling up Maicon. When Maicon keeps Dani Alves on the bench for Brazil, then you know this man is easily top class, quite possibly the best RB in the World right now. Chelsea fans will argue for Bosingwa, but with that unibrow you have to lose some points. In all seriousness Maicon’s movement forward are truly spectacular and his understanding with the attack is keen as well. His four goals don’t say enough for what he does, and I have to say I don’t watch Inter to know how responsible for most of Zlatan’s handiwork, either way the man needs to be stopped. This stoppage needs to start in the attack with Ronaldinho. Without Kaka Dinho will have to press high and hard and make sure that Maicon’s first move is to cover him before moving forward. In the same vain Pato, Ambro, and Janks can assist with this by occupying the space left when he attacks. Obviously Janks will have to work hard on defense as well, because it is Maicon’s runs that leave Zlatan with acres of space. For Milan, as it does almost every week, this game starts in the attack.

To their credit Inter are Jose Mourinho squad, they are well shaped and organized and can be bullish in the midfield with Stankovic, Muntari, and my nemesis Esteban. Milan will have to counter this with Pirlo, Seedorf, and Beckham, without Gattuso Ambrosini will have to be first to the ball early and often and Carletto can’t be shy with Flamini (who at this point may have a yellow card suspension!? But I cant find the report!) Everyone in the midfield needs to get dirty on the tackle including Ronaldinho and if Milan can win possession in the middle of the pitch it will go a long way in three points in this match.

Pirlo’s absence last week was tough, but he will need to turn in a better performance than he did Tuesday, because remember the last derby was Pirlo less as well, but Seedorf filled in admirably. This time we have the Dutchman and Pirlo, but they both need to be on their game. Beckham should continue his good run of form, but his focus should be more to Pato around the box than inside it. Inter’s defense, though small in stature, can be big in the box and Pato should rely on quick movements around the box to draw the defense up and out so he can eventually get behind. The aerial onslaught that happened against Reggina is a sure fire way to lose on Sunday. 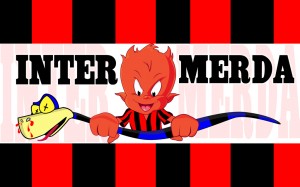 I hate predictions, and I never make them, so that is not going to change, but I can safely say that a loss here is the end of the scudetto hopes for the Rossoneri. It will be a two horse race down to Juventus and Inter and Milan will need to scrap for fourth place finish yet again. With that said FORZA MILAN!