Following the draw against Napoli I have to admit that it is hard to feel a rush of optimism with a two goal lead. The most unnerving part of the game is the patches of sloppy play that follow segments of dominance in passing and possession. It is almost like a sudden case of footballing amnesia afflicts the team and they are incapable of doing anything properly; frustrating for a fan and probably mind boggling for Leonardo, but in the end the lead held and another three points in the bag.

It has to be said that Lazio is a team that looks a bit lost on the pitch, frankly the player choices and tactial system of Ballardini are puzzling and if he is relieved of his duties following this match it would not be surprising. Baronio instead of Foggia is foolish enough, but the occasional disappearance of Zarate, who proved infinitely dangerous, has to come down tactics. Yes they worked hard in the second half and pressured Milan late, but there was rarely ever a feeling of Lazio being truly in control or able to create dangerous chances. 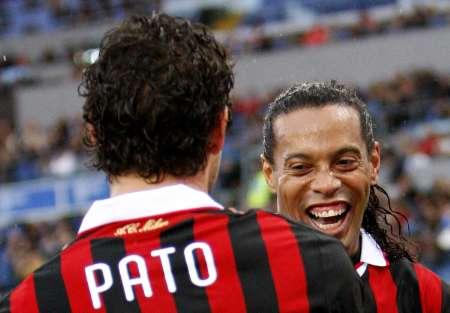 From the Milan side of the ball it has to be said that this match belonged to the Brazilians. Sliva, despite the freakish own goal, was once again a rock in the back and even more impressive scoring his first goal for AC Milan. His compatriots Pato and Dinho also linked up on the second goal, and found each other often to create chances on with Dinho further embracing his distribution role and Pato enjoying his goal scoring responsibilities, twice forcing stellar saves from Muslera late in the second half. As always there is room to become more dangerous and even more clinical but on this night it was enough and rather enjoyable to watch. 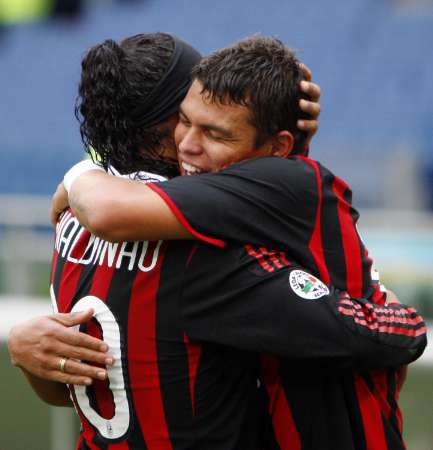 Have to also raise the issue that Leo played many of lineup stalwarts for the third game in a row in a span of eight nights. Yes an International break is coming shortly, but leaning so heavily on the likes of Seedorf, Zambro, and Pirlo may prove costly come the knockout stages of the CL and the home stretch of Serie A. Abate, Flamini, and Pippo all made cameos but these players should be rotated into the starting lineup and assure the fresh legs of the squad for the long season.