Not going to go deep into this recap, frankly because the match was draining and nervy for me and maybe for some of you as well. Feel free to recall the previous post if you missed the match as I touch on few different points here. 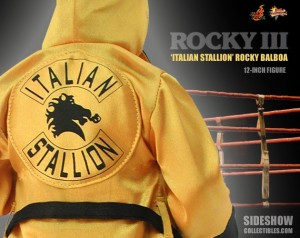 As a fan of the Rocky films, more the first few than the last two, I couldn’t help but feel as though Leo had instilled the Rocky III mentality in the Rossoneri.

Absorb pressure early, stretch and tire Madrid, and attack swiftly on the counter. There is a danger to this game plan because if you get hit early and often you may very well be knocked out, but Milan seemed to be fortunate on this night with Kaka and Higuian missing early. Milan did manage to counter but unlike Stallone in Rocky III were unable to really knock Madrid off of their game.

The 4-3-3 has certainly shown it’s positives in the past few weeks, but in this match it made me nervous. Milan did not get as compact as I would like and allowed a lot of space to Madrid in the middle third of the pitch to pick up speed and attack the defense before the players were closed down. For all the space Madrid was afforded, the defense, specifically Nesta and Silva stood very strong, and Ambrosini did well to get into tackles and effectively slow down Kaka. 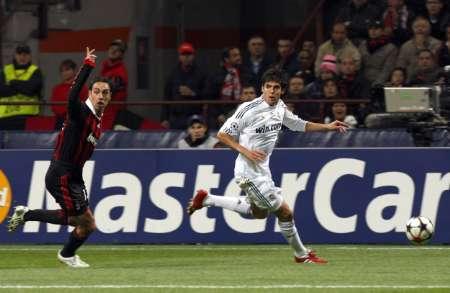 Kaka was actually much more dangerous in this match than the previous and often needed both Ambro and Oddo to bottle him up, his shot that led to the goal was vintage Kaka as he slalomed into a shooting line and drove it hard at Dida who couldn’t claim it as it fell for Benzema.

All and all there are few complaints with the Milan performance on the night, with many again expecting our boys to be outplayed. Credit has to be given to Madrid for their intense marking of Borrielo and Pato all match long with Pato being played physically and Borriello be squeezed by defenders rendering them far less effective than we saw on the weekend. It was not the cleanest of defensive jobs, but is surely was effective especially with the Ref consistently allowing the physical play. Personally I would expect Pato to improve in games such as this, and be more physical himself, but at 20 years old and probably weighing 130 pounds you can see his frustration. Even more impressive out of Madrid was Lassana Diarra. The man was truly everywhere and is really rekindling the magic of Claude Makele that made Galacticos 1.0 so special. He mixed it up with everyone and got the best of many of the challenges.

As I fast forward and watch bits and pieces of the match again, I do wish that the dodgy PK was not called and the Pato goal was allowed. I still cannot put my finger on the reason for the goal being disallowed and if anyone can shed some light on that I would be more than happy to read about it. I also want to satisfy the Dinho fanboys who have made their return to the site as of late, this was in fact Dinho’s best performance in the Red and Black, I personally am still hoping for more, considering all I hear about is his “magic” but consistency and performances like these will be welcome! He also deserves heaps of praise for his tackling on the evening, and here I thought he didn’t know how to defend!?

So to take some positives from the match, the team stood toe to toe with a powerhouse yet again and though a win would have been the ultimate, the draw was well deserved. Now figuring out how we can draw with Madrid and lose to FC Zurich is the real question. I do believe that if CRON was healthy this match would have been far more challenging, but the recent run of play is promising as Milan now sit fourth In Serie A and atop their CL group…I have to say I am pleasantly surprised at our current status and was expecting to be far worse off at this stage of the season.