I think at this point many of us, save a few delusional Dinho fans; have reached the acceptance phase of the plight of our AC Milan. The recent performances may have killed even the most diligent optimist, and if you are still stuck in the denial phase then look at the last three matches: loss to Udinese, draw with Bari, and the loss to Zurich the final two both being at home, you would notice that we have not scored a goal in 270 competitive minutes of football, if that it isn’t clear as day than I don’t know what else is, matter of factly, WE SUCK.

So now that we are all in agreement where do we go from here? Sure I can recap and analyze the Zurich match, but that would be an effort in futility. Frankly I am tired of saying we played average, our coach has zero tactical sense, and our players our mediocre. I am sick of looking for positives when it is far easier to just accept the failure of the 09-10 campaign. So back to the where do we go from here question, I am not going anywhere and it seems by the comments many of you going all hands deck on with me on a ship that is made to sink, and for that I commend you. Even though we are sinking it doesn’t mean we cannot take a rational look at how this mess can be resolved.

The first and most important thing is management. Yes they have let us down, but in their 25 year reign this let down has really only happened once before the era following that led down saw two league titles and two CL’s, so in this regard I still have faith. Sure it may have be done in a more frugal fashion, but this summer’s targets in Dzeko and Cissokho were promising, Fester just couldn’t seal the deal, and he needs to correct that mistake come January and in the upcoming off season. Some of you want a sale, I just want an acceptance of failure and promise to do better, all we need is a Mike Ashley type new owner who furthers this problem and then we will be proper fucked to put it rather plainly. I prefer the evil I know over the evil that could be.

Step two, Leo graciously steps down. By doing so he and the club save face and he can go back to what he does well, scouting. In his place should come either Tassotti or Baresi. Promote from within, in players we formerly trusted and have first-hand knowledge of the youth system. This rebuild will not happen without some help from the primavera and best to put guys in charge who have been at that level to make this happen.

Third, and this one should happen in January, buy GRossi! He immediately brings youth and scoring prowess to a team who desperately needs it, and he may be the answer to the role behind the strikers. He wants Milan and many of us want him, this would bring the fans back on board, and give us a danger man we desperately lack. He would also be a piece of the puzzle that you can build around and assure a bit of future for the club and the Italian heritage it proudly boasted in the past. 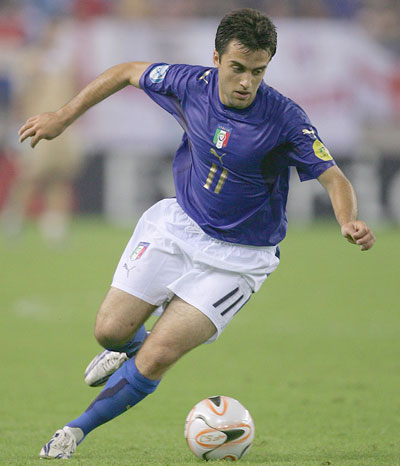 Once these three steps have been put in place Leo can know be instrumental in bringing in talent in the 5-10M range under the age of 28. Wingbacks, specifically on the left are of the utmost priority. Soon thereafter a player in the mold of D’Agostino should be brought on board to fill the aging apparently lead filled boots of Andrea Pirlo. It doesn’t have to be the Udinese man, but likely candidates need to have his skill set. An additional striker wouldn’t hurt but if you really stop and think about it, KJH could eventually produce and along with Borriello and Pato, it isn’t all that bad. If KJH is a failure, which I feel like could happen just the same, then unload and start again. Players are out there and we can find them, but the task has to be taken seriously and efficiently. Stop for a moment and consider a team with Storari or Abbiati, Abate, Nesta, Silva, New LB, Flamini, New CM, Ambro/Rino, GRossi, Pato and Borriello it really is not all that bad now is it! So for the love AC MILAN make it happen, it is going to get worse before it gets better, but this rut can’t last forever, it hasn’t in the past and shouldn’t in the future. This club is far to legendary and far to special to many of us, even the management believe it or not, to let it crash and burn like this!