Six points, six points is all that stands in the way of the Rossoneri and first place in Serie A. After the loss to Juventus I would have called you a liar if you told me that we would be six points adrift at the start of the return leg of the Serie A season. Sometimes this is just how the season works out and we are fortunate to be in such a position. As easy as six points the Rossoneri still have work to do, but are in the drivers on their reborn assault on the title. 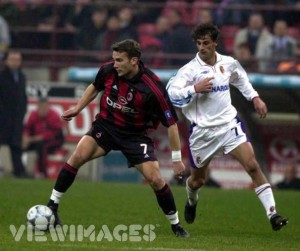 Back in September Bologna came crashing into the San Siro and took three points from a lethargic and disorientated Milan squad. New faces, new season, and a lot of fanfare led to a slow start for the Rossoneri out of the gate. This can not happen again, especially if the title hopes want to become a reality. Bologna played well that match, but have since fallen into the Serie A bottom with inconsistent performances and hot and cold play that we are very use to. Their leading scoring Marco DiViao continues to be a force with 14 goals, but Sinisa Mihajlovic’s boys will have their work cut out for them against a reloaded Milan squad.

Figure Kaka to play a large role as he is the new main man on everyone’s radar after the Man City debacle. But the real man to watch is Pato who has found the net in his last three matches, and hopes to continue the hot streak. As I discussed earlier the midweek friendly featured a puzzling lineup which may spell a rest for Ronaldinho, Janks, and Becks. But if history has taught us anything Carletto will push the envelope and force fatigued players onto the pitch for possible horrific results.
In the last match against Bologna, Milan were beaten hard and fast on the counter and with the likes of Rino on the shelf it will be imperative to use pace against pace. Flamini and Antonini should get the nod from the get go as they can provide a bit of range to match the counter attack. There is also the possibility of a Mattioni sighting but I wouldn’t hold my breath. Centerbacks are still a bit of an issue and I would much rather see a fully fit Bonera alongside Paolo, then the makeshift usage of Favalli. Bonera had a very solid stretch last season and it would be a great time to find that form yet again when he is needed most. By the looks of things Carletto will roll out the XMAS tree yet again which means Clarence will get another change to either play well or suck worse than we have ever seen. I wish Borriello was healthy so we could see a two man attack, but it looks Pato will be played ahead of Kaka and Seedorf. Had Pippo and Sheva not played midweek you could almost argue in favor of a half for each of them, but that may be pushing it.

The key here is a lead, as always! Bologna was very content to absorb pressure in the last fixture and will probably do the same, but if Milan can find the net early and hopefully often Bologna will have absolutely no answer. Defensively they have to guard the counter and the pace on the pitch will be key, but when your team lacks any real screamers on the sprint you just nod and hope for the best.

With Juventus playing the Viola, and Inter against Samp, there is a very good possibility that Milan can inch closer with a win. Inter fans will disagree, but their boys are ripe for the taking with a poor run of form and a bit of chaos in the dressing room with the announcement of the likes of Crespo, Burdisso, and the folk here Materrazzi on the selling block. 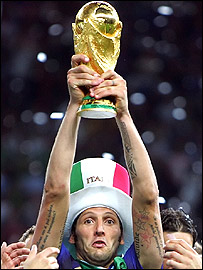 If Samp can capitalize on this disarray the league table will get all the more interesting. Here is to hoping and always FORZA MILAN. Match post will go up early Sunday as I await Ro’s handiwork for the upcoming match.