A ton of stuff has been flying around during this international break and seeing that I was rather disenfranchised with Italy’s performance I need some time to get my mind back on the game.

Let us start with Marcello Lippi’s Italy shall we. Just a few months back former Milan man Roberto Donadoni was relieved of his duties in favor of World Cup winner Marcello Lippi. I have to admit I wasn’t all that pleased with the move and would have rather someone else been given the job, but with the promise of moving this team forward towards 2010 I was on board.

The problem is as Julian has discussed here at the Italy blog, Lippi has not exactly moved this team forward into the new era, but instead turned back the clock closer to 2006 than 2008. I understand the idea of win now, but there is not excuse to not include some new faces into the squad to have them primed and ready for 2010. Now this brings us to Milan, and their troop of Azzuri players: Zambro, Ambro, Rino, and Pirlo. These players, save Ambro, were integral parts of the squad when they hoisted the WC, however it is time to move forward from these players as well as many others to lead the Azzurri into the future. It pains me to say it, as Milan has always done well with Juventus to stabilize and create the foundation of the National team, but with Milan choosing to assist Dunga instead of Lippi, our hope now rests with Darmian, Borriello, and Antonini. Two years is a long time, and these boy should have a chance by then. 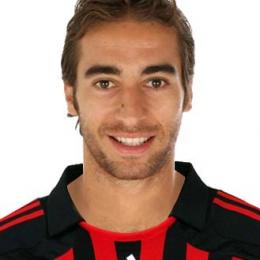 Anyone think he kind of looks like Fetyani?
A few months ago I was discussing the versatility and value of our new man in the midfield Flamini. Carletto was quick to use the Frenchman’s ability to play mid and defense against Bologna however Flamini was quick to say that he prefers to not be switched around. I was happy with Flamini in the mid, but with the clubs current injury crisis he needs to be a team a players and do what is asked of him, no bitching. He had a great game in the mid, but if the coach asks you to play RB for the last 25 minutes to give the team a chance to win, and that is why you do it plain and simple. Hopefully he understands this sooner than later. 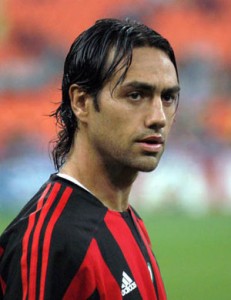 Nesta was left of the roster for the UEFA Cup group stages. This means he can not be included on the roster until the knockout phases. This does not really pose that much of an issue to me, but if he in fact will be unavailable for the remainder of 2008 and the club knew this all along, why did they not push the issue for more defensive help? I just can’t really understand it, but don’t be put anything past the management at this point and time.

As for Nesta, I hope he can back, but I read some articles stating that he could barely walk due to stiffness and this pain could cause a premature end to his career. It is quite a shame that something like this would cause the end of such a solid career. Let’s just hope he comes back.

It is funny to read that Carletto is already on the hot seat, but he won’t get canned first because Palermo’s boss beat him to it. Quite honestly I can’t even see Carletto getting canned this season either, but I certainly don’t envy the task he has in front of him. Fielding this many attacking players is quite a task and leaves the squad open to the counter. It is going to be a delicate balance that needs to be established and I hope that with the addition of Borriello and the solid play of Ambro, Flamini, or Gattuso that Carletto can galvanize the space behind Pirlo and in front of the defense. Can’t wait until Sunday to see what is rolled out.

Former Milan man Leonardo has said that Pato’s work ethic is not where it should be. This isn’t the first time the duck has been called out with Dunga questioning his habits as well. I find this humorous because he is squad mates with Kaka who supposedly has an insane work ethic and Dinho who has not been praised for his practices. He can choose his path; I just hope he chooses the right one.

I get frustrated because I see guys like Cesc Fabergas, just an example for moment, complaining about being taking off and then saying that he will work harder so it doesn’t happen again; I just want to see this passion again. Not just at Milan but in the whole of Italy. I want to talk more about this topic, but not now, I just feel that since Italy won the WC the passion in this country is gone. Any thoughts?

On a side note, this weekend the U14 boys soccer team I coach won the Nutmeg Tournament here in CT which is very prestigious tournament in the northeast of the State. As I a promise to the boys I told them I would post their picture on the blog, but the file is to big, so I will shout them out anyway. CONGRATS GUYS.