When I look at the current roster and I see Dida and Kalac, I can not help but reminisce to a day when one man stood between the pipes for 240 games in close to 10 seasons. He gave Sacchi and Cappello the comfort to never once stress over the decision of the number one jersey. The funny thing is unless you are a Milan fan, you have a very hard time remembering the man, and that man is Sebastiano Rossi. 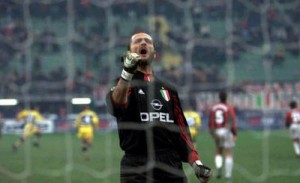 What I remember best as a child was the towering stature of this man who even when he stood next to Il Capitano looked like a giant. But he was more than just a tall guy, he had hands that looked enormous and reflexes to match. When I began watching Milan the Rossi era as a starter had yet to begin but as Galli was faded out of net and Rossi was installed, you quickly began to realize why they turned the reins over to this man.

For all the success Rossi experienced in net for AC Milan, and all the trophies he got his hands on, he very rarely gets credit for the success that he experienced. The number one thing you hear time and time again when Rossi is discussed is that he was the most fortunate GK of all time because he played behind arguably one of the best defensive units ever assembled. Couple this flaw, with the fact that Rossi was competing for the Azzuri job with Zenga and Pagliuca, he was one of the most successful goalies to never don the national team strip.

Now if anyone has ever had to stand between the pipes in a soccer match, they will be quick to tell you that no matter how good the defense, heck even if it is as good as the Milan unit was, no defense will keep the other team from shooting for ninety minutes. With that being said Rossi had to be on his toes and prepared for everything, as well as be a back line general for a phenomenal squad. I bet there are very few Rossoneri legends that would not thank Rossi for everything he accomplished.

As if the trophies were not enough to convince us about Rossi’s worth, and there were a few. Rossi was also the man who tended goal during Milan’s 58 game unbeaten streak. He also holds the Serie A record for consecutive clean sheets at 11, which is even more impressive in a league that has hosted the likes of Zoff, Zenga, Pagliuca, Peruzzi, and Buffon.

Rossi never got a heroes send off, even though there are a fair amount of people who argue he would deserve it. But Rossi is not gone or forgotten. He is currently coaching GK’s in the Rossoneri youth system, and on the current Milan roster is the man who displaced this Milan legend, Abbiati. 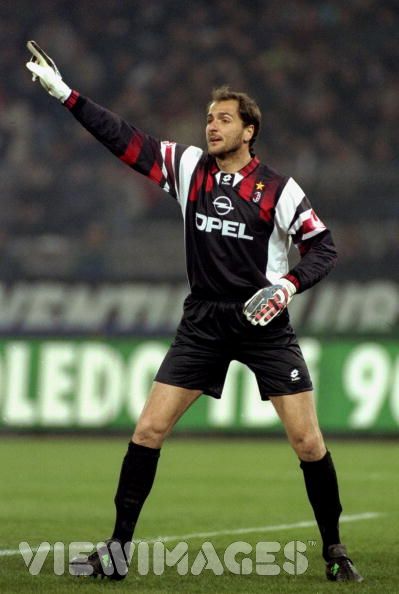 If any GK is going to move this team forward should it not be the man who replaced a legend?