Share All sharing options for: Serie A Season Preview

Let’s do a little Serie A preview "back to school" style with some yearbooks superlatives:

Most Likely To Succeed

Cassano is the player for me, while Napoli is the team. Cassano 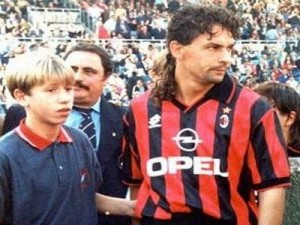 will have a full year under his belt this season with solid training and team chemistry the sky is the limit. Napoli has only added players and with strength in the back with the addition of Maggio this team will have the ability to scare some of the big clubs early and often. Roma beware week 1 Napoli is ready to make some noise.

This is a tough one because Serie A is a league built on defense, but when Juventus is healthy in the back this title goes to them. Start with Gigi in net and then throw Chiellini, Legro, and Mellberg in front of him and you have team with the ability to really defend the box.

Love him or hate him, Jose Mourinho is good for Serie A. His brash style, straight forward delivery are a welcome addition. I just hope he is on the losing side more often than not so we can hear him make excuses week after week.

Most Outgoing (or “going out”)

Adriano was the Serie A party Emperor, and Ronaldo was right behind him with his troop of transvestite hookers, but the new kid Brazilian kid on the block, Ronaldinho has been known to dabble in the nightlife as well. I read an article just a few days ago saying that at Barcelona last season Dinho went out every night for something like 3 months with not breaks or rest. He better go from most outgoing to most studious very fast if he wants to last at the San Siro.

If you team is your school no one has more spirit than the legend Paolo Maldini. 24 seasons and most likely his last, Totti and ADP have nothing on the one club hero who has not only won almost every trophy out there, but has finished second on each of those trophies as well. That’s a legend…

This was a role strictly ruled by Rino Gattuso, but coaches like Ranieri and Spalletti are making a push by running their mouths about anything and everything. I am sure this will get even more hotly contested in the coming days.

So many choices: Gila and Mutu, Gila and Prandelli, Dinho and Kaka, ADP and Amauri, Trez and Amauri, Mourinho and Zlatan, Quaqs and Toto, Totti and Whining, the list can go on for days. But for me the couple with the most potential, most electricity and best history has to Gila and Mutu. From their days at Chievo Verona and then Parma, both men had success together and the ability to go it all again. I personally like the combo and wish them best, just not anywhere near Milan. 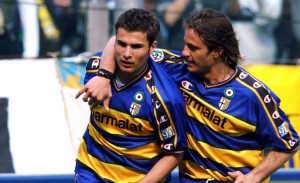 TOP SCORER: Amauri – to many people feeding this guy for it not to happen.
SCUDETTO: Juve – good depth, strong coach, and an early CL exit will really help their cause.
CL: Bayern – a very strong team, with very little competition domestically should make them a formidable opponent against the EPL thugs.
UEFA CUP: Milan - have to give us some love, and would love to see Paolo hoist a trophy in his last season.
SURPRISE OF THE SEASON: Napoli – I am calling a top four finish alongside Juve, Milan and Inter
BIGGEST DISSAPPOINTMENT: Roma – weak transfer campaign, Serie A back at full strength may leave Roma the odd man out.
RELEGATION SQUADS: Calgilari, Reggina, and Lecce