Your regularly scheduled Milan Legends post will not be seen today because, quite frankly we are to close to the season and we have some business to take care of. I am glad that everyone enjoyed the posts and if all goes well they will be back next summer, if we are lucky we will even get some non-Italians…

I want to take this opportunity to discuss the GK’s and defense situation and in a subsequent post we will discuss the rest of the squad. I have also learned that I will not be in my house in front of my computer for Milan’s opening match (GASP!!!) but I will leave you a post for everyone to do what is you guys do best. So now that we have discussed the week ahead, we can discuss the business at hand.

In the immortal, irrational, ridiculous words of Uncle Fester, “Milan has three world class goalkeepers.” Let us dissect this statement for a moment, world class means you have consistently performed at a level higher than most GK’s in the world. The only we have even close to that is Dida, and that was a long time ago, with Abbiati refusing call ups as a number three and Kalac being remembered for his International gaffs, I can not imagine a statement that is less false than that one. 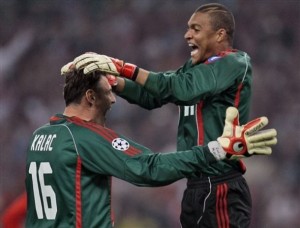 The nice thing about our little summer GK competition is that Abbiati has shown all the tools necessary to grab hold of the starting job. He has shown confidence, desire, and an uncanny ability to get his hands on the ball and catch it. I am confident entering the season with Abbiati and he has proved on more than one occasion that he is a capable Serie A net minder with experience to back it, I am sure we will all be pleasantly surprised with his performance.

That leaves us with the fight for the back up spot which should go to Kalac. He earned at the end of last season stepping in for Dida and doing enough to keep Milan competitive and even making some great saves in the process. As for Dida he should be in the stands more than the bench, and without getting in to the fact that he is an embarrassment to the club and the game, the man has lost all credibility period. Really it is a shame, but that’s life, I wonder if his deal with Devil has finally run out…

I am going to paint a rather rosy picture of the defensive unit with the idea that Nesta and Maldini are healthy. 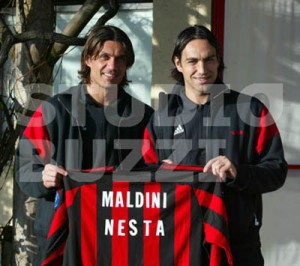 If this in fact the case, those two stalwarts can start at CB with Kaladze, Darmian, and even Ambro or Bonera rotating in as partners/backups. For example of Darmian/Maldini combo is good for both Paolo and the youngster because of the teaching ability as well as the speed that Darmian can bring the table. The youngster is very highly touted and is his chance to play this season should come in abundance, I just hope Carletto realizes this the same way we want to see it.

I am also OK with the possibility of Ambro slotting alongside Nesta. Ambro is a gamer and no one gives more on the pitch than he does. He has the build of a CB and his aerial skills will make him asset as well. His heavy play can be a liability, but you have to take the good with the bad here. Sub him in here and there, or give him a run in a lesser game and see what he can do, we may be surprised.

This does not mean that we shouldn’t add a CB, but if we do so it should be well thought out and calculated. Adding a 27+ CB may not be in the best interest of the club in a season without CL play, bring in a young gun and let him learn, take a chance, it can’t hurt.

As for the flanks, the addition of Zambro will prove very effective in providing versatility on the right and the left. Mix him in with Oddo and Janks and you have a fairly a solid trio to rotate in and out. Granted Oddo and Janks are both guilty of WTF moments, but these are players who are both proven on the international level and still have the ability to be serviceable for this season.

The dark horse for me is Antonini and where and when Carletto decides to use him. 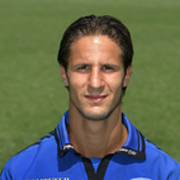 Is he the Rossoneri LWB of the future, or is he going hide on the bench without the chance to prove his worth. There is also a possibility that he is used in a midfield role in front of Paolo to allow Paolo the ability to defend while still providing width in the attack.

The left side this upcoming season is full of question marks starting from back to front depending on which personnel Carletto chooses. We may see Paolo, Seedorf, Dinho; Janks, Antonini, Seedorf or Zambro, Ambro, Dinho. As you can see the possibility are endless and should be chosen wisely depending on the opposition and the need for the game at hand. Regardless the key here is versatility and need.