With the transfer season around halfway done I want to take the temperature of the big four and gauge how well they are doing at this juncture of the transfer window. Now for the purposes of this article the big four is going to be Inter, Roma, Juve and our Milan. Some of you may argue that Milan shouldn’t even be in the big four because of their fifth place finish, but it’s a freaking Milan blog. Some of you may even say Roma doesn’t belong, but their perennial bridesmaid finishes in the past few seasons gives them at least that much, even though over the history of Serie A they may not fall into that group, but for all intents and purposes they get in here.

Let’s start with our derby buddies Inter. First positive for them is getting Jose Mourinho, love him or hate him, he is a great coach and will bring success to Inter. 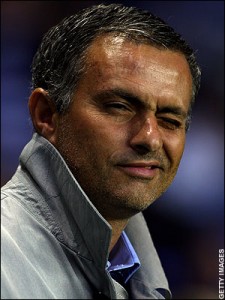 The question is will he bring enough success in the eyes of the creepy old Moratti, who wants to wrap his hands around ol’big ears more than any other trophy in the mix. Mourinho has not seen it since his days with Porto, and even with Abramovich’s mega buck he couldn’t win it. Regardless, Inter will be well organized and very capable of winning games even though they have not seemed to address the glaring holes in their squad at centerback and attacking midfield.

Inter’s biggest fault last season was a true lack of flow from back to front, and I do not think the addition of Mancini is going to solve that problem. Jose understands this as well, which is why he pushed for Lampard, but until he gets a guy like this, the team is still going to have a trouble reaching the CL goal. So far their transfer season is successful on the coaching front bringing in the best guy available, but on the player front, the fans are probably still wanting.

Number two we will talk about the Old Lady, who I have begrudgingly respected as a team more and more as I have gotten older. Why you ask, because next to Milan there was never a better squad to groom quality Italian players and blend in great foreign talent to lead Italian clubs into successful European forays. Milan has leaned towards Brazil for it’s youth, and Italian for it’s veterans, Juventus has gone the opposite with Italian youth and European veterans in Trez and Nedved.

As for the transfer season, Juventus has done well to add depth in the striker department, but that may not prove to be enough for the bulk of matches that Juventus will have to play next season. They did add midfield depth with Poulsen, who may or may not be so well received comes next season, with Rino already threatening his newly arrived “balls.” 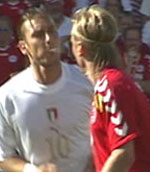 Regardless of us liking him, he will help to fill a spot for the aging Nedved. Juventus’s best transfer move however, was not even all that big, and in bringing tiny man Giovinco back to Juventus.

The kid can flat out play, and with the tutelage of Ranieri and slow insertion into the lineup, we may be looking at Italy’s next big thing growing into a real threat while playing for the Old Lady. The Olympics will go a long way for Giovinco in earning the club’s trust and he will be a perfect fit in the shoes of ADP, as the Juve legends keep falling tumbling down the wrong side of thirty.

Before we get to the Rossoneri we need to talk about Caesar Frankie and his Roman legion. If the transfer season was about being linked to every possible player available than Roma certainly takes the cake, but let’s not forget you have to actually make good on some of the rumors and they have not. While the rest of the big four are clawing tooth and nail to add players Roma seems to have mistakenly fallen into the belief that their team was “OK” and are moving forward without any major signings, despite the whining of Frankie for reinforcements.

If Roma want to compete with the big boys they really need to take some pressure of Totti with a new striker, but may need further reinforcements to get out of their second place rut. Remember the last time they tasted non-Coppa Italia success was when a famous Argentine was scoring goals as well. But hey I am sure this guy will help things in the CL, for the OTHER TEAM. 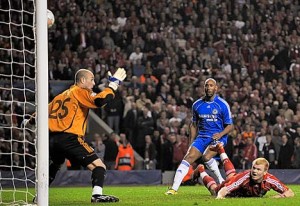 Now to the big show, I am not going to sit here and say that Milan’s transfer season has been top class or the best ever. In fact I would be hard pressed to even think that, because I do not feel we addressed the needed positions. But if you look at from a outside perspective the addition of Abbiati for free in a season where he can work his way back to Milan’s number one keeper with no CL pressure, Flamini on a free move from Arsenal, Zambrotta on the cheap and Ronaldinho. 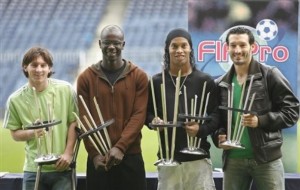 One has to say it seems fairly successful in comparison with the teams above, no? Granted Dinho still has to prove himself and will need to go a long way to do so, but if he does Milan will have created the strongest and most dynamic attack in the entire boot.

I am sure every single one of us would feel better if we could get another established centerback, but without seeing the promise of Darmian in the middle and the potential of Antonini on the flank, we can just smile and hang on. If January comes and the dreams of the scudetto are falling out of reach, expect the checkbook to open once again be it for a forward or even a defender to help galvanized the team for the second half.

As you can see the big four have not rested on their laurels, in a time where it looked like the EPL was poised to steal the show, Serie A has answered bringing in a fair amount of big names to compete both domestically and on the European front. We must also not forget the likes of Fiorentina and Napoli who have strengthened their squads as well to be better prepared to meet with the top of the table.

Anyone else excited for the new season…