When the Euro 2008 kicks off the Rossoneri will have five players on squad and coach who has given us many memories of success when wearing the Red and Black. 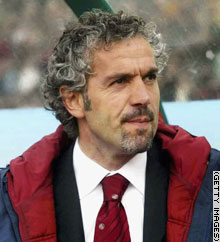 He has caught a ton of flack all over the offside.com but let his record speak for itself: 13 wins, 3 draws, and 2 losses it seems the Don has finally found some comfort in the rather large shoes of being the Azzurri mister. Starting with his formation, to his player selection he has been under a critical eye and heavy scrutiny and has used direct blatant honesty to silence his critics. One has to admire his ability to get the most out of players like Toni, DiNatale, and FabQuags en route to scoring close to two goals per game during his reign. He has also been very frank with his selections, and hopes to be rewarded with performances from ADP and Crazy Cassano, both of whom have lackluster records in the Euros.

It is really nice to see a Milan man as the captain of the ship and it should bode well for the Rossoneri on the squad. 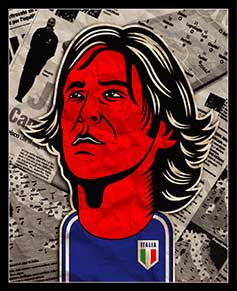 What is there to say about this guy that we have not said already? He is the creative engine of club and country and if he is on then the team will soar much like it did in the WC. His ability to dictate play and find the perfect passes linking the defense and the forwards is truly an art. His one of a kind ability will be heavily relied on by the squad, but if you remember the smile on his face during the WC you have to believe that Pirlo is a big time, big game player. With the help of his right hand man you have to envision great success for the midfield maestro. 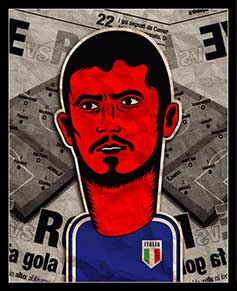 The second half of Milan’s dynamic duo of Rino and Pirlo also figures to favor heavily in the Don’s lineup. While many of lean towards the DeRossi bandwagon it is hard to justify DDR in place in Rino when you see the chemistry that he has with Pirlo. When Rino is on form he frees up space and time to let Pirlo work his magic, and with the amount of minutes those guys have logged together it is tough to argue that they are pair to be picked for the winning eleven.

After his great campaign at Milan this season I figure the Don to use Ambro occasionally, but not in a strong role. Ambro’s defensive abilities far outweigh his ball skills and if a game needs to be shut down in the center of the pitch then expect an appearance from Ambro. What he lacks in creative touch he makes up in industrious play and ability to mix it up in front of opposing goals. Even if he doesn’t figure into the starting role he will, in my opinion be a first choice midfield sub when the 70th minute rolls around.

19 goals for Genoa have earned Milan’s newest player a spot on the Azzurri squad. It is hard to argue with his inclusion but the competition up front is fierce. Borriello is versatile in his ability to play both in the middle of the pitch and on the wing but with the likes of ADP, DiNatale, FabQuads, and Crazy Cass it will be hard to find a spot to play. One figures the Don to go with the hot foot, and whichever striker is able to capitalize early on their minutes will most likely see continued action throughout the tournament. In this hybrid 4-3-3 system where the strikers are out of line it will be important to find the best mix early and stay with it, with or without Borriello the Azzurri will should have a formidable attack. 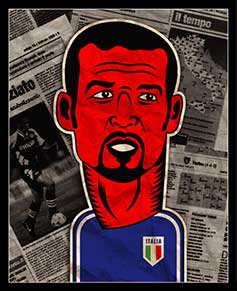 Zambro will more than likely be the starting wingback paired with either Panucci or Gross on the opposite side. We all know what he is capable off and you have to hope that he finds his form early to assist in the attack as well as close down on defense. He plays one of the most fundamental positions in the Italian system and you can’t help but be excited to watch him cracking up and down the flank.

It seems that for every Milan player the Don has included he had to leave one behind most notably WC06 winners: Oddo, Pippo, and Bonera. You have to feel for guys left off the squad but you also can’t argue with the lack of form in the latter half of the season from Oddo and Bonera. You could make an argument for Pippo but when you compare his season to the likes of ADP and Cassano, the argument seems to stop in book.

I have to admit I have high hopes for this team in EURO 08, but understand that the group is difficult and the likes of Spain, Portugal, and Germany lurk in the later rounds. I like to believe though that if Italy can work its way out of the group of death than their confidence will be high and their play will be strong to make a push for the final.

Want to share a little fun that the Azzurri boys had in training...