Thursday Milan Musings, Back to Business

Share All sharing options for: Thursday Milan Musings, Back to Business

Much to no one’s surprise the Don got the ax today. Contractually speaking he was not fired, he failed to fulfill his contractual obligation to the FIGC, which was to take Italy to the semifinals. Seeing that I spend my whole day arguing and negotiating contracts, I can’t help to think I could have gotten the Don a better deal. Than again with the way that team was playing, and the way the media lambasted him from day one to today, there may have been little anything could have done.

The Don though left the same way he coached, and that was with class. He refused the FIGC’s contract buyout and left his post quite politely and without the cash. I wish him the best of luck and as a Milan fan I know I have not seen the last of the Don and would certainly entertain the notion of having him roam the Rossoneri sidelines. Into the post returns Marcello Lippi, who I will refrain from commenting about until I get better idea of what direction he takes this team, out with the old, in with the new I hope… 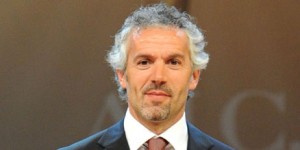 The Don left us with this, “I am sorry that PK has decided this situation, over these last two years my Italy did something positive, and one last game can’t erase that.”

I will wrap up Euro on Sunday but now we need to get back to what really matters, and that is AC Milan.

-My first order of business is to make sense of the Adebayor deal. I am in favor of Adebayor moving to the San Siro, and here is why. In the xmas tree formation Adebayor would be on the tip top receiving service from the likes of Kaka, Seedorf, and Pirlo. He can also play along side the likes of Borriello, Pato, or Pippo depending on the circumstances. The key here with Adebayor is his versatility, size, and pace, three things that make a whole lot of sense in Serie A. The one thing that is frustrating me is the price, but with the media pestering Fester, you can see why he is willing to break the bank for a striker. I wish Wenger would accept ownership of Gourcuff and knock ten mil of the price tag, but who knows. The next few days should iron out this deal, with Adebayor leaning 80% towards Milan.

-The next thing I want to discuss is the potential of Bastian Schweinstieger, and so I don’t have to type that again, we will call him Schweiny. Something bothers about this guy, and I can’t figure out what it is, but when I get past this I do realize that he is a great player. The likely hood of him coming to Milan is probably slim to none, and the likelihood of him leaving Bayern for less than 20mil is even more unlikely. Also, as I have mentioned in the past with Klinnsman taking over that squad the only people I can forsee leaving are non-Germans. So Podolski, Shweiny, and Lahm are staying with their old coach.

-Arshavin is another highly unlikely transfer, and not because of price as someone graciously pointed but because of his desire to play in Spain, specifically at Barcelona. Barcelona would probably love to have him while they rebuild the club, and I can’t help but think how well he would fit at Milan alongside Kaka, but a may as well forget it before I get to much into it.

-I had a great discussion a few nights ago with Adam about GK’s, and Milan’s inability to add anyone further than Abbiatti. I don’t mind handing the reins over to Abbiatti or even Kalac as long as both are in form as Kalac was at the end of the season. Someone else brought up a very valid point that I didn’t even consider, and that was that with Milan in the UEFA Cup it was a great time to get a young GK a ton of play in Jr. Euro nights of UEFA play. But GK’s can play for awhile and young GK’s can be had, it is just a scary position to make a big investment in, see Nelson Dida.

-The last thing I want to discuss is the defense and the potential plans of the Rossoneri going forward this season. There has been very little done on the defensive front other than Zambrotta, but it seems Milan is willing to work and inject some youth into the defense with the likes of Darmian and some of the other youngsters who are potentially being registered in the coming weeks leading up to summer training. I will try to keep tabs on these as the offseason wears on.

A while back I asked if anyone wanted to pick a topic and write about it, and then I would post it. The offer is still out their and I would be happy to be get you all involved. I have a post ready regarding the Legacy of Arrigo Sacchi, but anything along the lines is great. For example, who is the best foreigner to wear Red and Black, who is Milan’s best GK ever, and so on. Let me know if anyone wants to get involved.