The dawn is usually preceded by the darkest hour, and in the case of Euro 2008 there is no better description for The Don and his Azzurri. The first glimmer of hope came, for me at least, when Buffon saved Mutu's PK about a week ago, giving Italy a chance to advance, albeit with a little help. Still with the memory of a crushing defeat to the Dutch, Italy is now in the quarterfinals of the tournament much to the chagrin and belief of much of the media and the offside.com community alike.

For me, I feel a bit vindicated, because the Don, former Milan hero, is one win away from fulfilling his contractual obligation to the FIGC, and my sincerest hope is that he quits regardless of this tournaments outcome, because he has been over-scrutinized, over-analyzed and quite frankly been treated like shit, since being asked to fill the shoes of a coach who had just won the World Cup. Anyone else want that kind of pressure/expectation at their job? Didn’t think so.

Onto to the task at hand, in 1994 I watched Roberto Baggio down Spain in the quarterfinals of the World Cup and proceeded to dance my eleven year old self around the parking lot of the now defunct Foxboro stadium singing Ale, Ale, Ale, Ale with my family, friends, and tifosi. That was my single happiest memory of any Spanish game in my 25 years and I can only hope that memory is repeated on Sunday.

It is important to say that as a team I have the utmost respect for Spain and its players, but could not be happier with this draw for the Azzurri. Spain is the perfect compliment to Italy's style of play, and the best match up for a team that looks, just barely, like it is starting to find its form on the pitch. Each game has looked a bit stronger, and a bit more together than the last, but a few important things are still going to need to happen to ensure a result against Spain.

Luca Toni: If you want my honest opinion, he sucks right now. It is that simple, he has had around 12 chances on goal (not counting the offside goals) and many of these chances haven’t even been between the pipes, either over, or wide. A striker is supposed to be brimming with confidence and always a danger to score, but Toni looks nervous, anxious, and bit slow compared to his striker counterparts in this tournament. All is not lost and I am sure a goal will get the touch going in ToniGol yet again, but for me he needs a partner up top because he has already proved that this can't be done alone. If Toni scores on Sunday, I am pretty confident that it will lead to an Azzurri win. 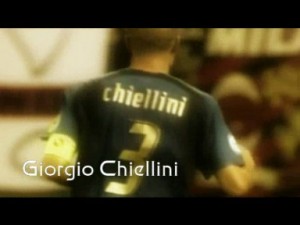 The dark horse for me. He is the man that can stop Torres, or at least keep him under wraps. Villa on the other hand is a little bit harder to plug up because he is on fire but much of his success has come from his partner up front so if you stop one, one has to be hope you stop the other?

Pirlo: There were games last year when Milan played without Pirlo and they looked lost and completely unable to link the ball from back to front. I am hoping this isn’t the case with the Azzurri, and one has to believe it will not be depending on the midfield setup, but more on that later when I propose two potential lineups.

Tempo: For me Spain’s midfield build ups compliment Italy perfectly. The Azzurri have no qualms of knocking the ball around the midfield and with the likes of Ambro and DDR (no Rino here) the idea is that those passes don’t happen and the ball is advanced into the attacking third. One has to believe that was the plan against the Dutch but as everything self destructed so did any semblance of plan or shape. Possession will not be the key in this game, because Spain can dominate it and lose; the real key will be to counter with menace and finish those chances.

Zambro-Pan-Giorgio-Fabio “I need a haircut” Grosso
Camo-DDR-Ambro
Cassano
(this guy has to play centrally, where he can roam, his play last game felt like he was restricted to that side)
Toni-Toto/Fab Quags

I don’t have an issue either way really, but putting Aquilani in a game like this is asking a lot of a young player. Good season or not, nerves are big thing no matter who you are.

FORZA MILAN but above all FORZA AZZURRI
Take note of the Don's fantastic play as well...