Share All sharing options for: State of Affairs: Midfield

I am going to take a state of affairs for each position at Milan and then hopefully onto a state affairs for Serie A and UEFA.

This has to be Milan’s strong point on both the attacking and defensive side of the ball. Already with Kaka, Pirlo, Rino, and Ambro Milan had a very admirable midfield, however, when those guys were hurt, tired, or suspended the team suffered and so did their performances. The focus of the brass was to get a midfielder who could fill in for Rino and Ambro, and also play first team football when needed. Their successful coup of Flamini from Arsenal solves this problem very nicely. 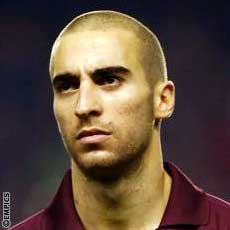 Flamini can come in as well as spell and keep fresh the main four, this rotation gives Carletto the confidence to make hopefully makes subs and keep the team fresh throughout the season.

We also can’t forget the availability of Seedorf and possibly Gourcuff who is yet to be sent away on loan as I had anticipated. Gourcuff may prove to be a very valuable bench player next season and also a great partner for Flamini and fill in for the Seedorf or Kaka role in the xmas tree.

The important thing is that Carletto has players on the bench to create as well as fill in the pivotal roles CAM and CDM.

Outside of Flamini their has been very little discussion of Milan entertaining further mids but with strengthening in the back and front pressure will be removed from the likes of Pirlo and Kaka and should free them to play their football and make Milan a more formidable squad from front to back.