I haven’t done a good old fashioned musings post in a while because quite frankly my real life has kept me from my football life, but there is a lot stuff to ramble on about so here we go…

Carletto brashly claimed Milan could make a run at the scudetto, I may have to disagree, but I can’t fault him for trying. When you look at past scudetto winners they always take the points they need to take ie the little clubs, and sneak a few from the big clubs as well. Milan is 1 for 2 vs big clubs, and has dropped too many points to count against the little guys. Sorry, but I am don’t share Carletto’s optimism. 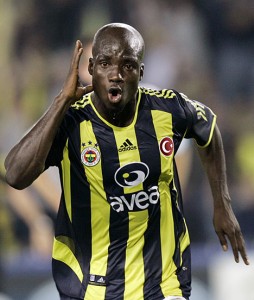 The transfer season is nearly upon us, and I will cover it at length in a few days, but with the window comes rumors and I would like to cover two quickly. Injuries and poor form have limited Pirlo, but he claims he plans to stay onboard despite the disrespectful contract negotiations of the summer. I think the real issue here is lack of buyer for what Andrea thinks he worth, he is a great player but his value is down and Milan is where he should be. As for another midfielder, Ghana captain, Stephen Appiah has been actively looking for a team since September and has yet to find a fit. He wants to play in Italy, but has yet to find a club to match his desires/wages. Milan could use a midfield hardman with pace and experience and I like the idea of bringing Appiah on board, it is an upgrade from Emerson and gives more depth, but not sure how he will fit into a team dominated by midfielders, we will talk more on that as it develops.

As we speak Becks has started training with the club. We all know how I feel about the move and Carletto seems to agree. The bottom line here is it makes the team better because instead of including a guy like Emerson, must be pick on Emerson day, or forcing Zambro to work the entire flank you know have a winger capable of attacking width and depth. He will be used, probably right away against Roma, and before you know it he will be gone, so enjoy it while it lasts.

Sheva thinks he will break out in 09 and get back into form. I don’t know if he is working out ten times more than everyone else, or if he means in his FIFA 09 campaign, but I just don’t see it. He barely plays and when he does it is bad, sorry Shev but I wouldn’t bet your right with your money.

Carletto says he wants to coach Roma, wahoo. I personally hate when coaches and players do this, and I am aware that is a by-product of the media twisting words and so on. However, if you are doing a press conference and someone asks a loaded question such as,”How do you feel about a insert club name here.” You probably should just keep your mouth shut. He can go for all I care, and good luck, you thought it was hard winning a Scudetto at San Siro, you are going to rneed to resurrect Batigol or all of Lazio 2K if you want to win one at the Olimpico.

Donadoni claims Italy is illogical, he is right. Heck even we are illogical, myself included, one day we cry for the head of Carletto and the next day we praise him. We are Calcio fans are entire existence is based on whimsical decisions and floundering allegiances. I can see why the Don is bitter, he led a mediocre team into Euro 08 got canned, and now Lippi has the same mediocre team and has gotten worse results but his job is safe!? Don, I respect and like you, but in life if you deliver just once, as lucky as that delivery may be, you always get the benefit of the doubt in the future. I just hope one day The Don gets a chance to prove that he is in fact a good coach.