I am not really in the right mindset to celebrate a Maldini Monday after yesterday’s loss. In fact I am still rather frustrated with the team’s performance and am struggling to put a lot of that down on paper. However I did manage to take one optimistic moment from yesterday’s game, and though not influential or not even all that special, watching Maldini dispossess DiCeglie so simply and matter of factly was a treat considering that Maldini is almost twice his age yet is still capable of the simple sweet tackle, when his teammates are not. 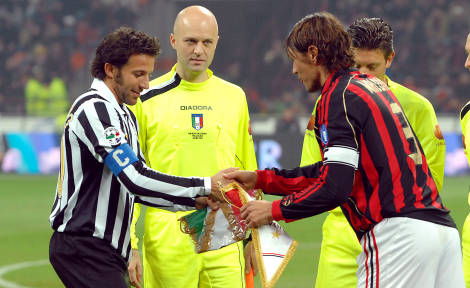 We were also treated yesterday to the site of two club icons taking the field together, not just captains but ambassadors for their team and the Serie A. Maldini has no equal, but if I had to compare him to someone, ADP is that man. He has been through thick and thin with Juventus: Serie B, bench time, injuries, and potential sales. This man continued to wear the Black and white in a way that reminds you of Il Capitano in every way.

Yes Juventus won the match, and yes Milan was quite frankly played off the pitch, but when your 40+ year old is captain is still giving what we can wherever he was needed, and his teammates letting him down, both in the match and seemingly in the season, it makes me wonder why he keeps on giving.

Forza Paolo, I wish this season goes the way you deserve it to… 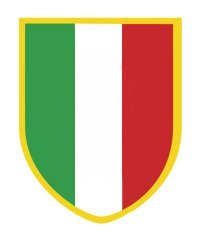